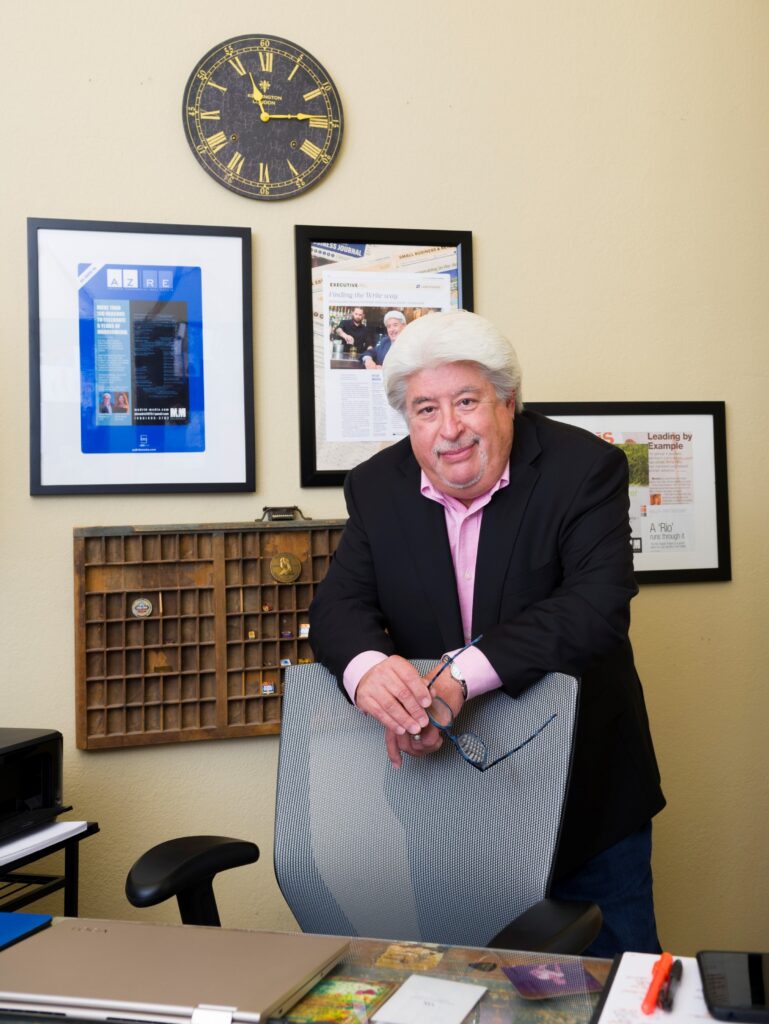 Peter Madrid is owner of MadridMedia. He provides writing, editing, media placement, and media relations services. He spent three years as Communications Specialist for the Phoenix office of Cushman & Wakefield. He was responsible for internal communications, social media platforms, and oversaw the firm’s philanthropic and community engagement. Prior to that he was editor of Arizona Commercial Real Estate (AZRE) magazine. Peter was responsible for producing six bi-monthly magazines that covered the commercial real estate industry in Arizona.

Peter Madrid was named Co-Mentor of the Year for 2017 in the Phoenix Business Journal’s Landmark Awards.

Peter is a graduate of the University of New Mexico, where he earned his BA in Journalism. Since the fall semester in 2013, he has served as an adjunct professor at the Walter Cronkite School of Journalism and Mass Communications at Arizona State University. He has taught editing, reporting, and ethics classes. He also served a director with Cronkite News, overseeing a group of reporters covering the Borderlands beat.

For his devoted work with young people, he was named Co-Mentor of the Year by the Phoenix Business Journal for its 2017 Landmark Leader Awards. The awards recognize commitment, hard work, collaboration and community service in Valley commercial real estate. 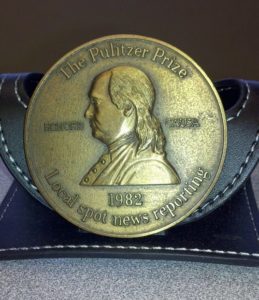 The 1982 Pulitzer Prize for Local Spot News Reporting won by the K.C. Star and Times

Prior to his work in commercial real estate, Peter was a sports editor and sportswriter for more than 35 years in the newspaper industry. He was also a magazine editor and writer for another 10 years.

Peter served as volunteer at the 2017 NCAA Final Four men’s baskeball tournament, working with the volunteer media committee as a media escort at the Fan Fest at the Phoenix Convention Center. 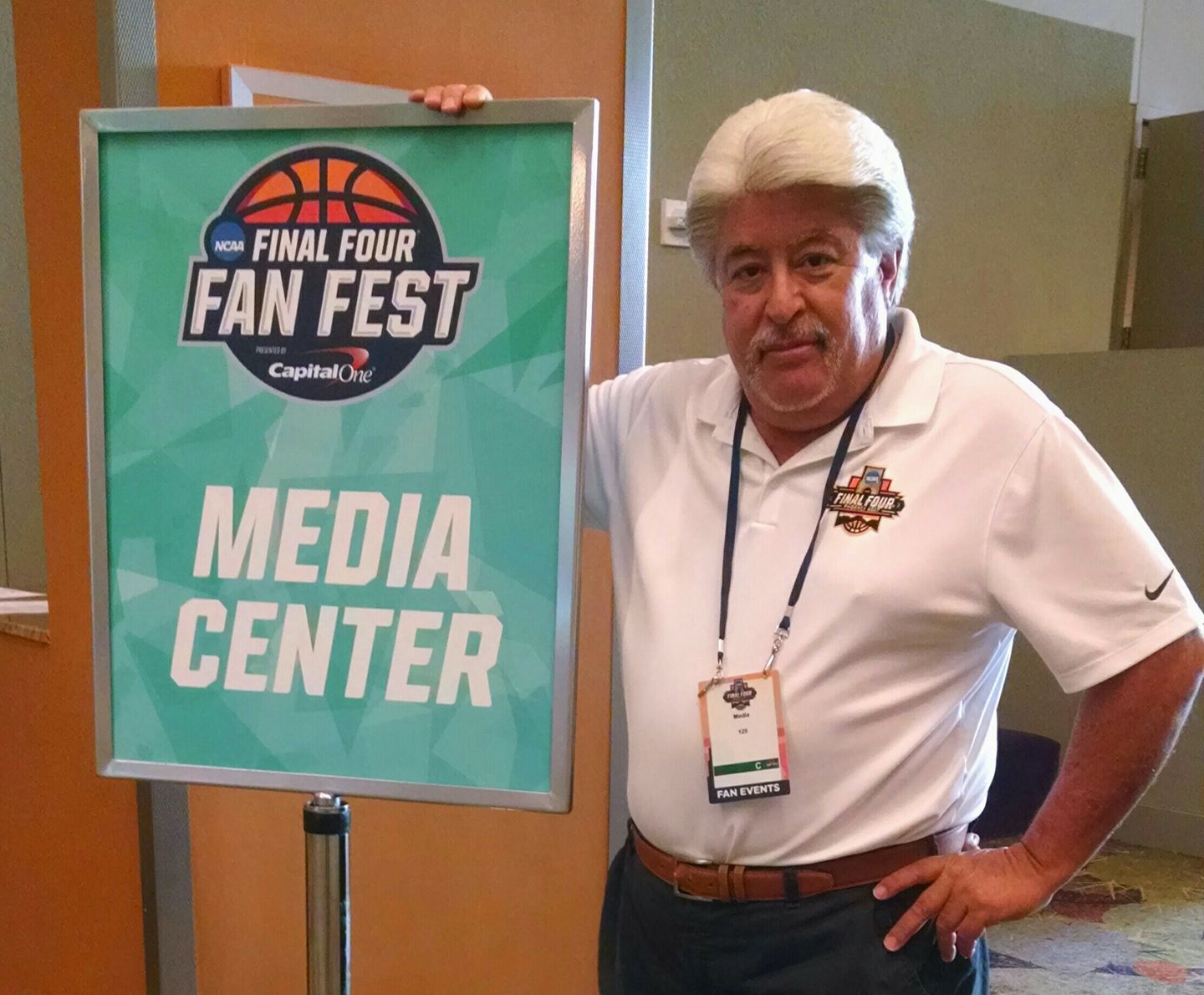 Outside the media center at the 2017 NCAA Final Four Fan Fest at the Phoenix Convention Center.

Serving as master of ceremonies for the 2017 IIDA Southwest PRIDE Awards at the Camby on April 28. 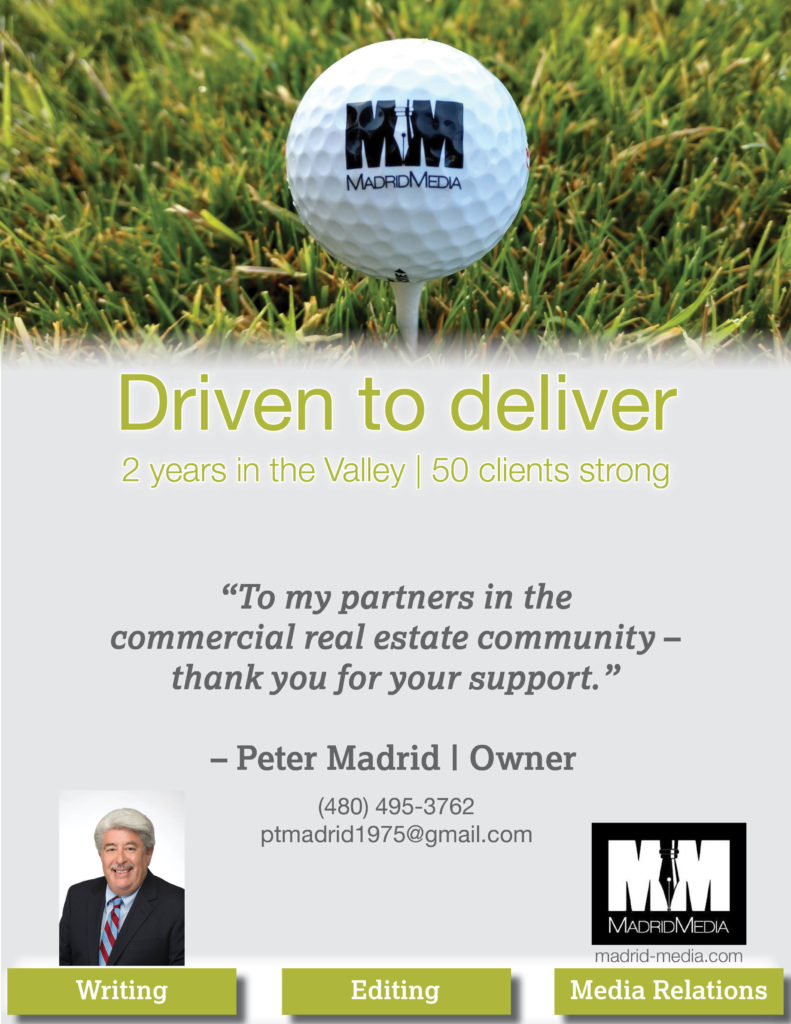