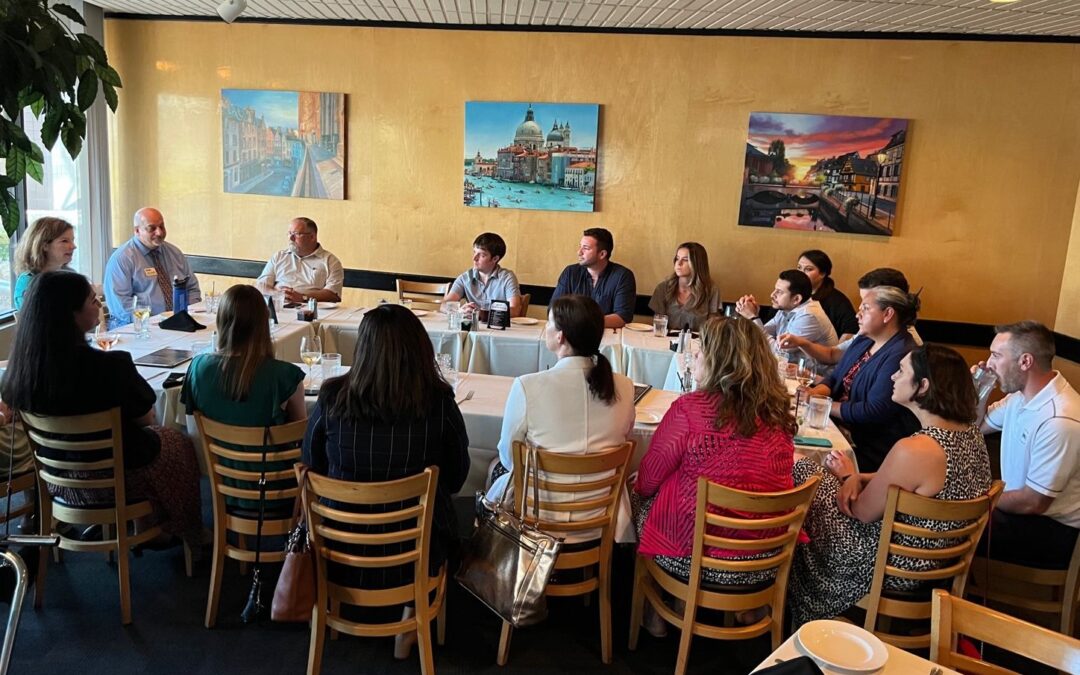 A big part of the AAED mentorship program is bringing together the mentees and guest speakers to discuss a variety of industry topics.

PHOENIX, ARIZ. (Oct. 25, 2022) – The Arizona Association for Economic Development (AAED) is proud to announce the organization’s second mentorship program participants after a successful inaugural launch in 2021.

The year-long program, aimed at supporting early-career economic development professionals, pairs young professionals with experienced practitioners from around the state.

Last year’s pilot program was the first to come out of AAED’s Young Professionals Affinity Group, which was formed in 2020 with the goal of creating more programming to support AAED’s early-career members.

“Economic development is truly a team sport,” said Carrie Kelly, Executive Director, AAED. “With our mentorship program, we are trying to create that professional development team for our early-career professionals. The relationships they develop over the next year will positively impact their entire careers.”

The Young Professionals Affinity Group is chaired by David Zynda with the Pima Association of Governments (PAG) and the mentorship program is led by Heath Vescovi-Chiordi, Economic Development Director, Pima County. Heath has been a member of AAED since 2016 and has been a consummate advocate for students and early-career professionals.

“As a heavily-mentored individual myself, I quickly realized the immense value of mentorship and what it can do for young and early-career professionals,” Vescovi-Chiordi said. “I truly believe, I would not be where I am today without that mentorship experience. Now, especially in my new capacity, I believe in mentorship in economic development more than ever, which is why we are trying to make that opportunity available to anyone who seeks it in the organization.”

In addition to mentorship from experienced economic development professionals, AAED members who participate as mentees will also get to take advantage of complimentary professional development courses at AAED’s Academy of Arizona, a certificate program that leads to the Arizona Economic Development Professional certification (AZED Pro).