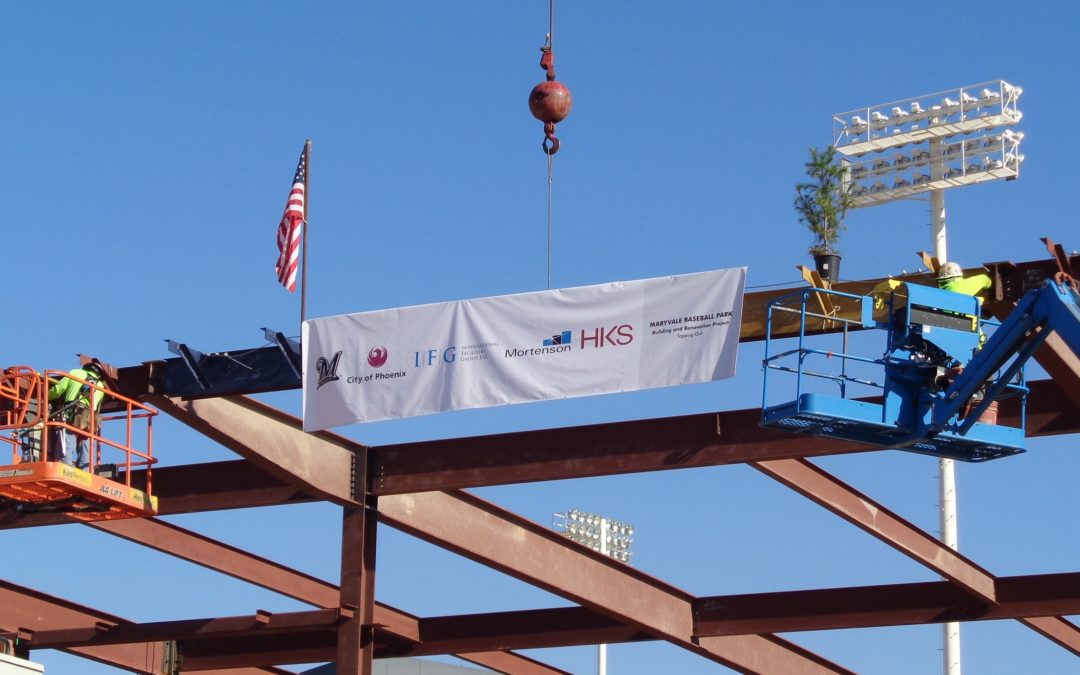 The final beam of what will be the new home clubhouse of the Milwaukee Brewers was lifted into place at Maryvale Baseball Park.

PHOENIX, ARIZONA (August 27, 2018) – The Milwaukee Brewers and Mortenson hosted a Topping Out ceremony this morning to commemorate the last beam put in place on the top of Maryvale Baseball Park, the spring training home of the Milwaukee Brewers.

The final beam was signed by representatives of the Brewers, City of Phoenix, Mortenson, and HKS. It was lifted into place on top of what will be the new home clubhouse of the Brewers.

The ceremony recognized the achievement and celebrated a safe project site with zero injuries to date. The practice of a Topping Out ceremony dates back to the ancient Scandinavian religious rite of placing a tree atop a new building to appease the tree-dwelling spirits displaced in construction. Often, the tree is placed with flags and streamers tied to it.

“Today, we mark a significant milestone in the renovation and construction progress at Maryvale Baseball Park,” said Brewers COO Rick Schlesinger. “On behalf of the Brewers, I would like to thank Mortenson, the City of Phoenix, HKS, IFG and everybody else who has thus far helped make this project a success. The progress is visually stunning and we look forward to the next milestone when we cut the ribbon to open this state-of-the-art facility.”

“Mortenson is proud to partner with the Brewers and the City of Phoenix, as well as all HKS and all of our trade partners on this project,” said Ben Goetter, vice president and general manager at Mortenson. “The Topping Out is always a rewarding time to acknowledge all of the hard work, as well as recognize the team’s commitment to safety on the project site. We look forward to seeing this ballpark continue to transform into an experience the entire community will enjoy come next spring.”

Highlights of the project:

>> 424 tons of fabricated steel have been used;

>> 652 team members have gone through safety orientation to make this project a success.

In November 2017, the Phoenix City Council voted in favor of a plan to renovate Maryvale Baseball Park, which has served as the spring training home of the Milwaukee Brewers since 1998. The plan keeps the club in Maryvale through at least 2042, the second-longest commitment in the Cactus League.

Construction began in late March and will be substantially completed by the start of the 2019 Cactus League season.

The Brewers are investing more than $60 million in the construction phase of the program, and have assumed operation and maintenance (as well as related costs) of the facility. The City of Phoenix will allocate $2 million each year for the next five years for renovations; the Arizona Sports and Tourism Authority will contribute approximately $5.7 million.

Maryvale Baseball Park opened in 1998. The facility is built on more than 60 acres of land donated by John F. Long Properties and is located off North 51st Avenue and Indian School Road in Phoenix. 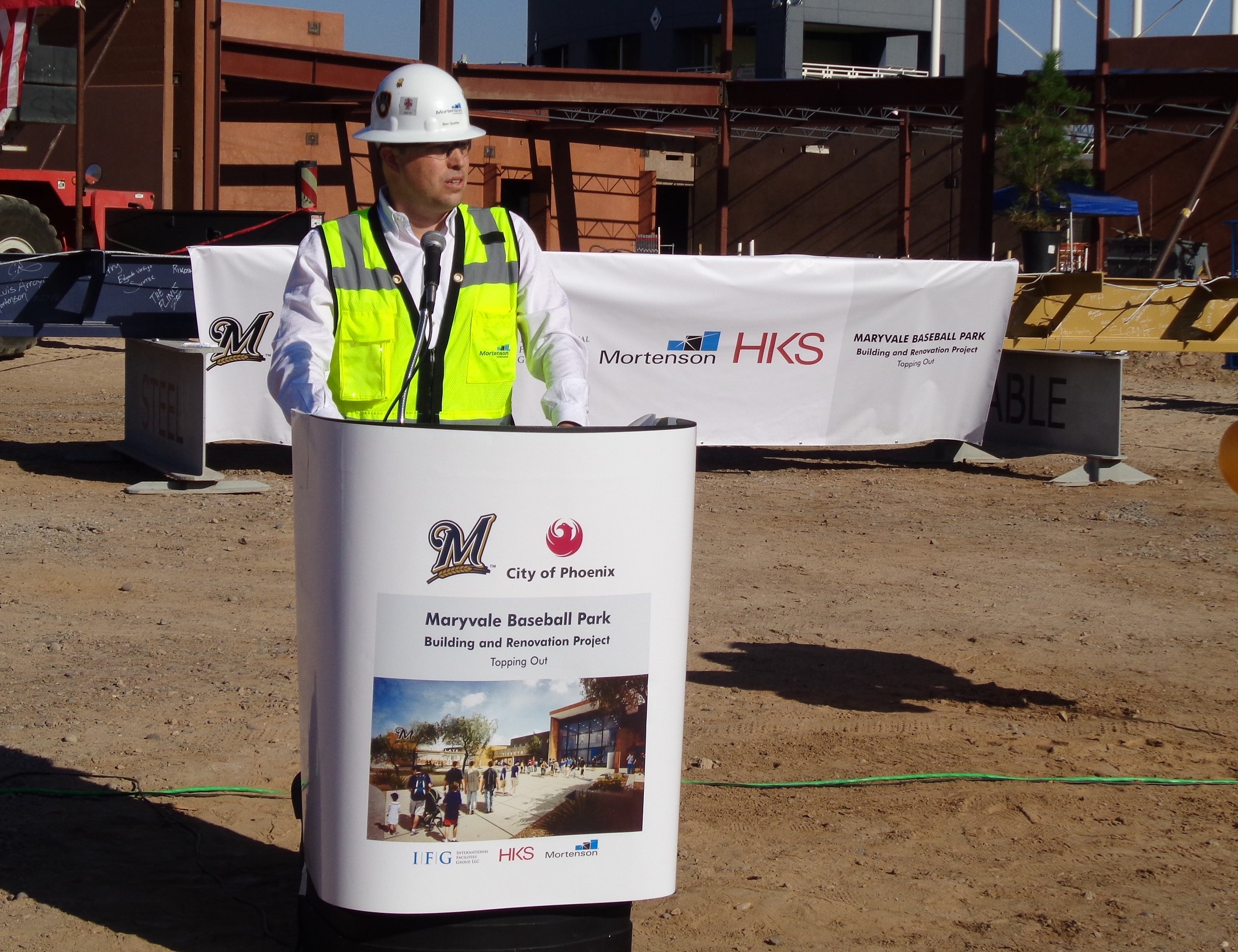 Mortenson Vice President and General Manager Ben Goetter addresses the crowd at the Topping Out ceremony at Maryvale Baseball Park.