Caliente Construction bolsters its industry expertise in the West, hires Vice President of Operations, and Director of Retail Services 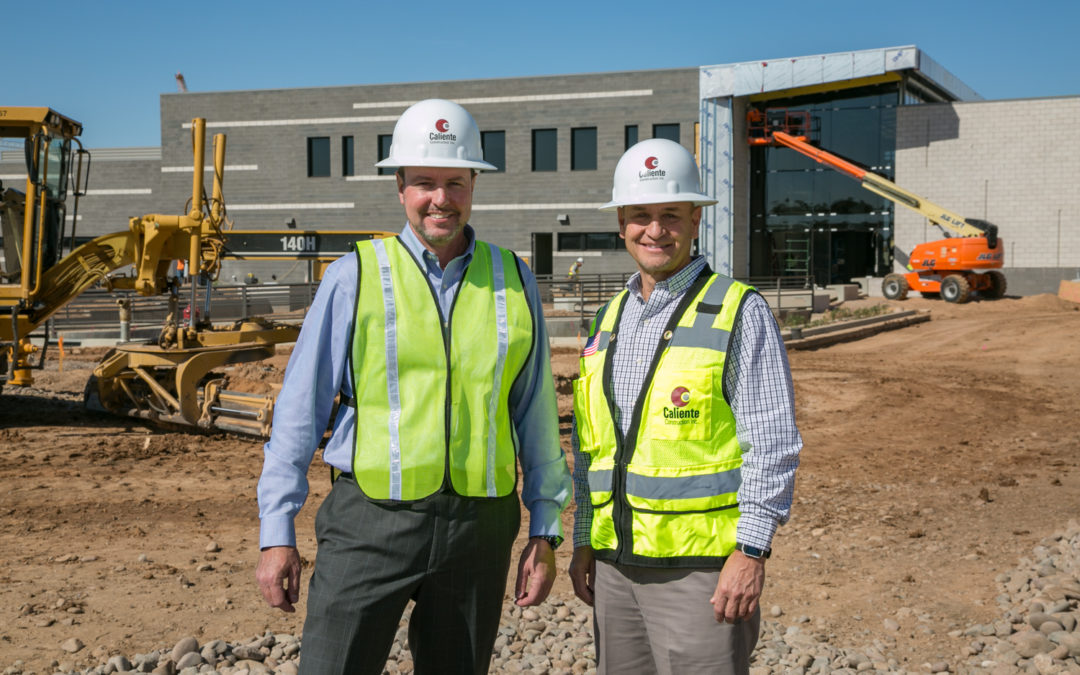 TEMPE, ARIZ.  (April 24, 2018) – Caliente Construction, an Arizona-based general contractor providing commercial construction services in the Western U.S. for almost 30 years, announces the hiring of a vice president of operations and a director of retail services.

Steve McKendry, VP of operations, will be an integral part of Caliente’s day-to-day operations focusing on the company’s growth while providing leadership and direction. Chris Cruthis will manage the operations and expansion of Caliente’s national retail business.

“As a third-generation builder/developer, construction is in Steve’s DNA and we are so excited to add his experience and expertise to our team,” said Caliente President/CEO Lorraine Bergman.

Cruthis served as senior vice president of operations during the past five years at Powerhouse Retail Services. He was also president of Southern Building and Renovation for seven years. He possesses more than 28 years of experience in architectural design, store planning, fixture design, and program management for major retail groups.

“Almost daily there is a story about the death of retail, but Caliente’s retail business is expanding in the form of rebranding, renovation, store downsizing, and transformation of space for distribution operations,” Bergman said. “Chris’ expertise and relationships will be key components in extending our reach to retailers who are reconfiguring their lines of business to meet the changing lifestyles of their customers.”

A native of Colorado, McKendry earned a Bachelor of Science degree in construction management/real estate finance from the University of Denver. He is actively involved with the Associated General Contractors. McKendry and his wife of 38 years, Shelley, have two sons, Kent and Kyle. Away from the office he enjoys golfing, fly fishing, and mountain biking.

A native of Illinois, Cruthis attended Ranken Tech College in St. Louis. He is a member of the Institute of Store Planners. He enjoys golfing, skiing, and scuba diving and is the proud owner of an Akita puppy named Stout.