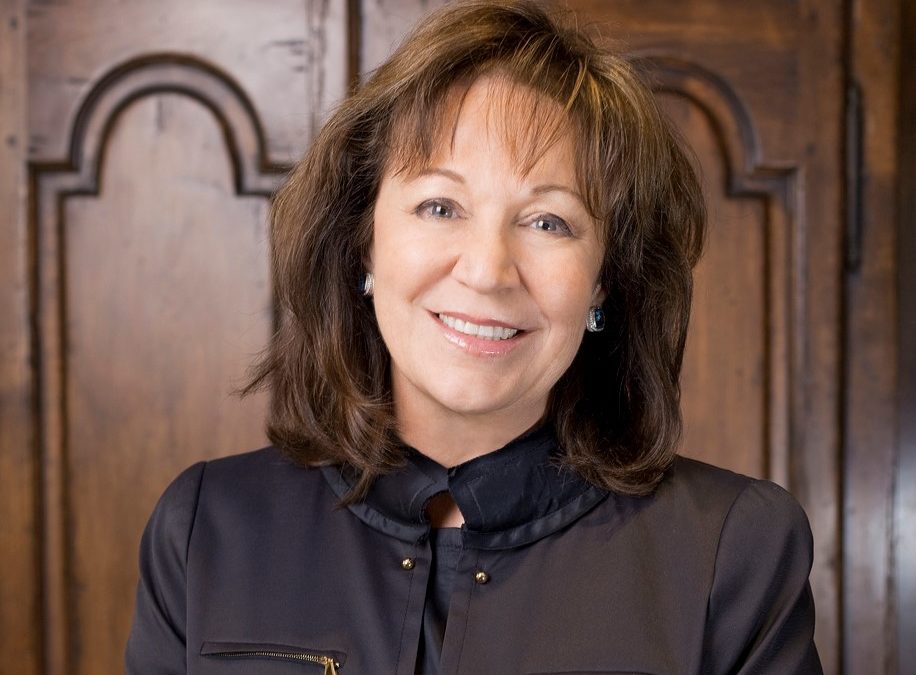 PHOENIX, ARIZ. (January 9, 2019) – Sharon Harper, whose development expertise and leadership have made an indelible mark on the Valley’s commercial real estate and business communities, will be honored with the NAIOP Arizona Award of Excellence.

Harper, President, CEO, and co-founder of The Plaza Companies, is the first woman to win NAIOP Arizona’s Award of Excellence. She will be presented the award at the 2018 Best of NAIOP on March 28 at the Arizona Biltmore.

The award recognizes an individual who has made a significant, positive impact on the commercial real estate industry in Arizona over a period of at least 15 years, along with direct volunteer contributions to the chapter.

“Sharon is a true leader, focusing on growing, and positively shaping our community in all she does,” said NAIOP Arizona Chairman Molly Carson of Ryan Companies US, Inc. “Her commitment to our state runs very deep, and NAIOP Arizona is proud to present her with the Award of Excellence.”

Harper oversees all facets of operations at the Plaza Companies, including the ownership, development, leasing or management of nearly 10 million square feet of medical office properties, senior living facilities, and biotechnology centers. Harper’s forward-thinking commitment to commercial real estate has helped Plaza Companies emerge as one of the premier real estate firms in the Southwest, earning numerous awards and designations under her leadership.

Harper has also been heavily influential in the widespread success of SkySong, the ASU Scottsdale Innovation Center of which Plaza Companies is the master developer. SkySong won two 2015 “Best of NAIOP” awards, including the “Economic Impact Award” for SkySong and an additional office building award specific to its Building 3. SkySong 4 was a Best of NAIOP finalist in 2017 as well.

“I am very pleased to receive this recognition from such a prestigious organization in the commercial real estate field,” Harper said. “NAIOP has defined a standard of excellence in our industry, and Plaza Companies has worked diligently since its founding in 1982 to uphold the highest quality and professionalism in all its developments and projects. On behalf of the Plaza team, I would like to thank NAIOP for this recognition.”

Plaza Companies is also the co-developer of the renovation of the Park Central Mall property into an innovative, modern new office and retail development that will once again serve as a hub for central Phoenix. Notable medical projects include the Banner Estrella Medical Center of Phoenix, a 300,000 SF ambulatory medical campus in the West Valley, and Paradise Valley Medical Plaza. Harper and Plaza Companies also played a prominent role in the development and management of many of Arizona’s premier senior-living facilities, including Vi at Silverstone and Vi at Grayhawk.

Harper’s personal business achievements have earned considerable praise as well. Honors include “Woman of the Year” by Valley Leadership; and she and her husband, Dr. Oliver Harper, received a Lifetime Achievement Award from Phoenix Theatre.

She served as Chairman of Gov. Doug Ducey’s successful 2018 re-election campaign and was the Chairman of the Prop. 123 campaign in 2016. She also was the recipient of GPEC’s “Distinguished Service Award” in 2014. She currently serves on the Board of Governors for TGen and is Trustee for Creighton University.

Harper’s commitments extend far beyond business and include a variety of causes, volunteer efforts, and appointments, including service on the Trustees of ASU, Honorary Commander of Luke Air Force Base, and National Finance Chairman for Sen. John McCain during both his 2000 and 2008 presidential runs.