The Series 2017 Bonds will go toward the construction and renovation of American Leadership Academy locations in the Southeast Valley. Pictured (above) is one of ALA’s Gilbert schools. 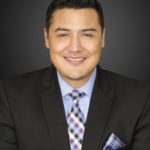 “We are grateful to Holmes Law and American Leadership Academy for entrusting our team to facilitate this successful closing,” Sanchez said. “We’re excited to be a part of a transaction that is involved in serving the K-12 students in our Arizona community.”

“We recognized that we had to work with a title company that was highly talented and experienced in bond transactions,” said Ashley Spear, attorney at Holmes Law. “We knew that Kristina Gooding and the team at Fidelity were the perfect choice. Since Holmes Law was founded in 2014, our firm has provided legal services for more than $311 million of bond financing projects for charter schools throughout the Southwest.”

Holmes Law is a small firm located in Chandler that focuses on charter school creation, expansion, and operation. It regularly represents charter schools in bond financings used for the construction, acquisition, and renovation of facilities.