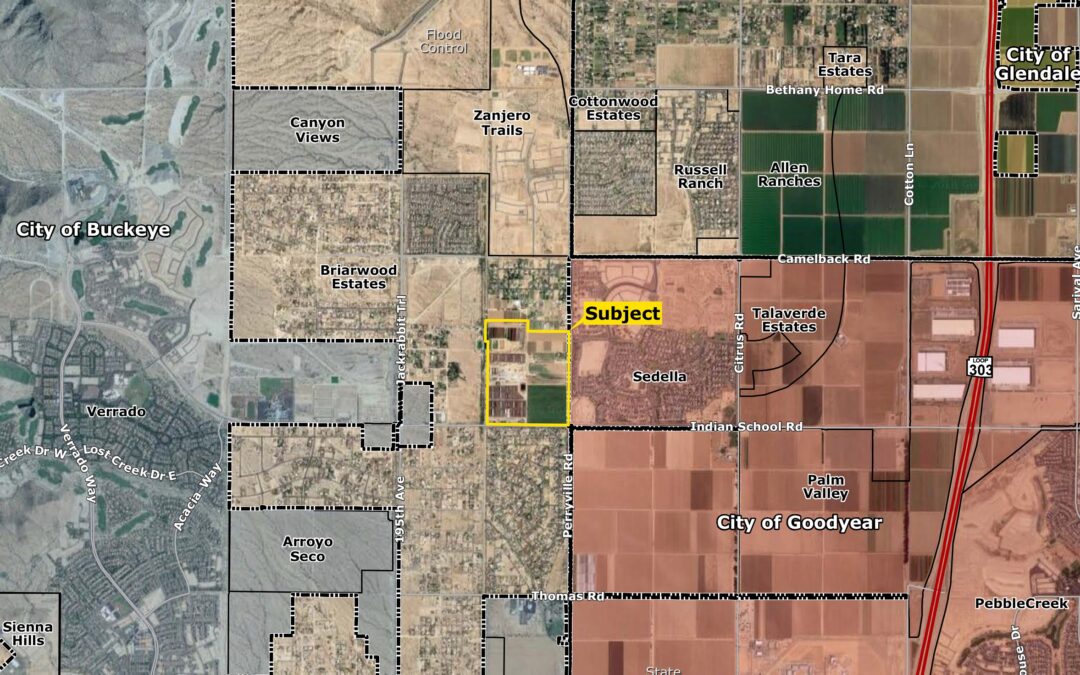 SCOTTSDALE, ARIZONA (July 16, 2021) – Land Advisors Organization’s Metro Phoenix office is pleased to announce that its Homebuilding Team represented the seller in the $14.78 million sale of 187 acres in the West Valley to Fulton Homes. The builder plans to develop its signature master-planned community on the parcel.

The site, located at NWC of Perryville and Indian School roads in Maricopa County, is planned for 675 lots. A dairy farm previously sat on the land, which is on a county island between the West Valley cities of Goodyear and Buckeye. Land Advisors Organization’s team of Greg Vogel, Wes Campbell, Bret Rinehart, Ben Heglie and Ryan Semro represented the seller.

“This was a complex deal with the land requiring rather extensive work, including rezoning, dairy clean-up and working through technical challenges involving utilities and other infrastructure associated its location in unincorporated Maricopa County,” said Vogel, CEO of Land Advisors Organization. “I commend Fulton Homes for their work and investment on the front-end of this deal, which is an unusual strategy. But, as the amount of available land in the area dwindles, particularly with regard to large parcels, we’re seeing more builders willing to get creative on solutions to fill their lot inventory pipelines.”

Tempe-based Fulton Homes will offer four product lines in the new master-planned community. The site plan also calls for an aquatic center and sports park. The builder has closed on numerous land deals in the West Valley in recent months, with plans to build 3,500 homes in one of Metro Phoenix’s fastest-growing markets.