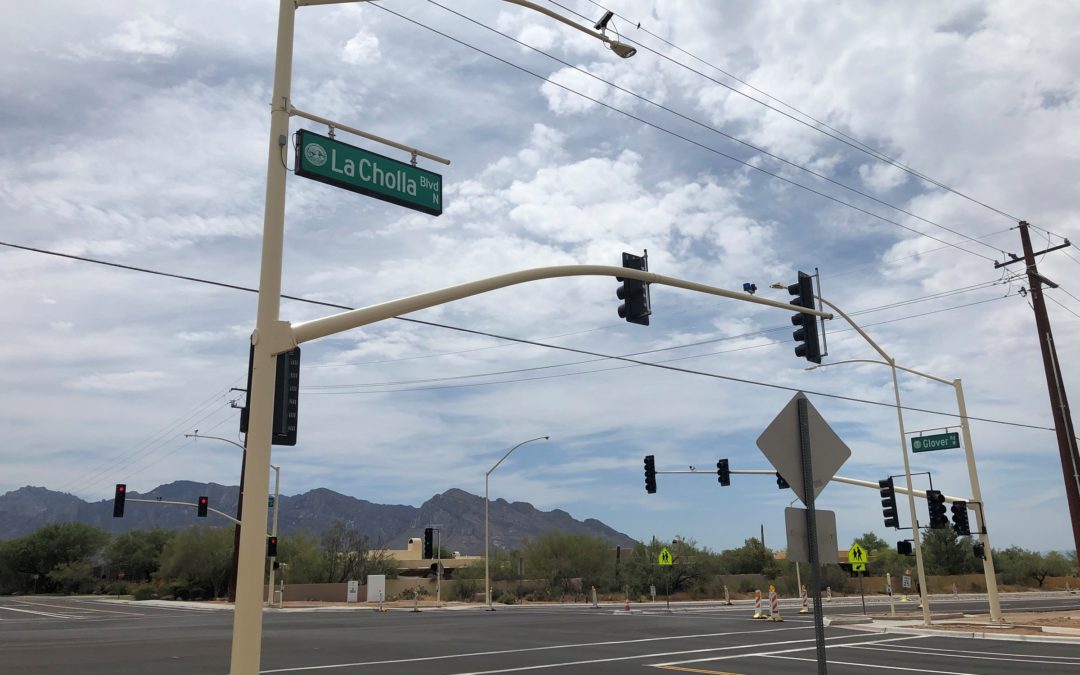 TUCSON, ARIZONA (July 20, 2020) – Increased traffic capacity and enhanced safety for pedestrians are close to getting the green light as Hunter Contracting Co. nears completion of a major reconstruction project that will widen a key intersection in Tucson in the Town of Oro Valley, Arizona.

“We were elated with this project win in 2018 and appreciate working with the Town of Oro Valley again,” said Chuck English, President of Hunter 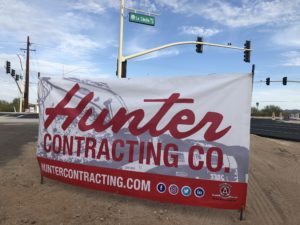 Contracting Co. and Chairman of the Board of Directors for the AGC Arizona Chapter. “Our current focus is to complete the work in order to open up all of the new infrastructure for the Town, schools and most importantly, the residents.”

Improvements were made possible by the Regional Transportation Authority (RTA). Two of the intersections serve two schools along the corridor as well – Wilson Elementary School and Ironwood View High School. There was major coordination with bus routing during construction.

“The La Cholla Boulevard widening project improved a critical link between the Town of Oro Valley and the City of Tucson,” said Brian Janski, Project Sponsor and Project Manager for Hunter Contracting Co. “The team mentality between the owner, contractor and multiple stakeholders, including multiple utility providers, contributed to a successful project. In this challenging labor market, with the assistance of the AGC training programs, we were able to successfully deliver projects meeting timeframes and owner budgets.”

AECOM is the engineer of record on the project. Other notable subcontractors include Tucson Asphalt, paving; Mountain Power, traffic signals;

“The La Cholla Boulevard widening project is a major north-south corridor for the entire Tucson region. This project transforms what was once a little rural two-lane, no shoulder road into a major arterial capable of handling present as well as future traffic demands. In addition, the project fixes many dangerous side street blind spots and protects wildlife crossing linkages. It is a project several years in the making and Hunter Contracting Co. building it in less than two years,” said Paul Keesler, P.E., Director/Town Engineer, Department of Public Works, Town of Oro Valley.

“Hunter Contracting Co. has been an outstanding partner. They have been responsive to Town staff, our partners Pima County and the Regional Transportation Authority, along with providing excellent communication and response to the impacted property owners along La Cholla Boulevard. With a project of this scope, with so many challenges – not to mention COVID-19 thrown into the mix – Hunter Contracting Co. has powered through all the adversity of 2020 to deliver. This project is on schedule and on budget. That’s saying something,” Keesler said.

In 1947, William R. Hunter began constructing concrete-lined ditches for farmers across the East Valley and he formed Hunter Ditch Lining (HDL) a year later. Armando Taddei joined HDL and after a few years of working for the company, Mr. Taddei purchased HDL in 1961. The same year, Mr. Taddei founded Hunter Contracting Co. (Hunter). The company is currently led by Max Taddei, Chairman of the Board, and Amy Ostwinkle, Corporate Secretary, as the third generation of the Taddei family to lead Hunter.

Hunter is a heavy site/civil construction company specializing in preconstruction and construction services in transportation, water and wastewater, parks and recreation, underground utilities and rehabilitation, site development, and irrigation and flood control. Hunter has offices in both Gilbert and Tucson to provide an outstanding project experience to public and private clients and industry peers throughout Arizona. Hunter continues to diversify through acquisition of a revolutionary product known as Con-Arch™. Con-Arch has made it possible for Hunter to construct concrete arches, substituting for box culverts, at reduced cost while offering improved aesthetics and increased structural integrity. For more information, visit www.huntercontracting.com. 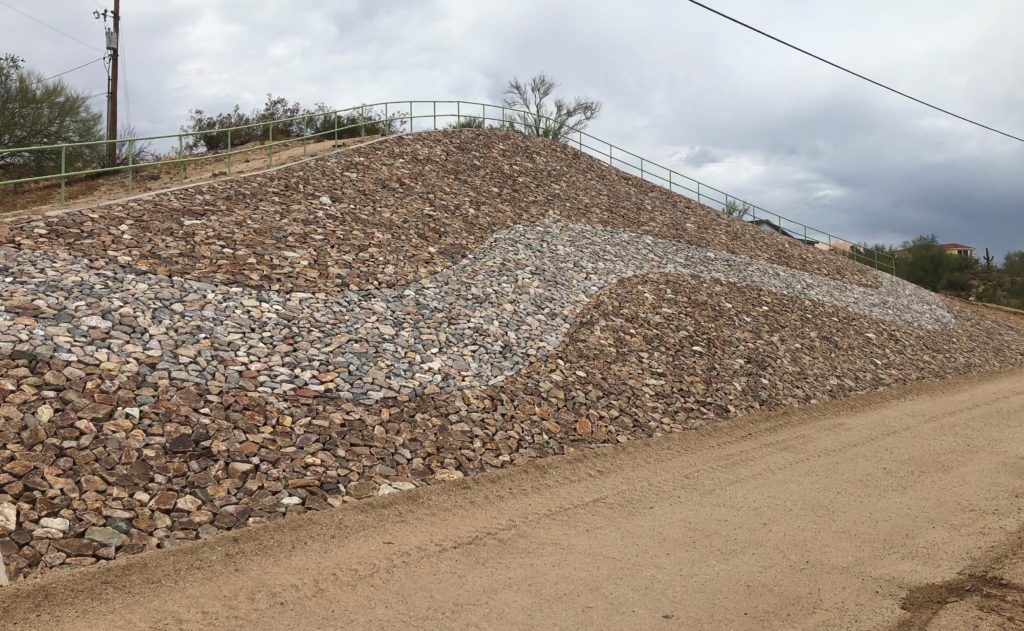