In 5 years, Earthworks Environmental has expanded compliance footprint across U.S., continued growth in its Arizona office 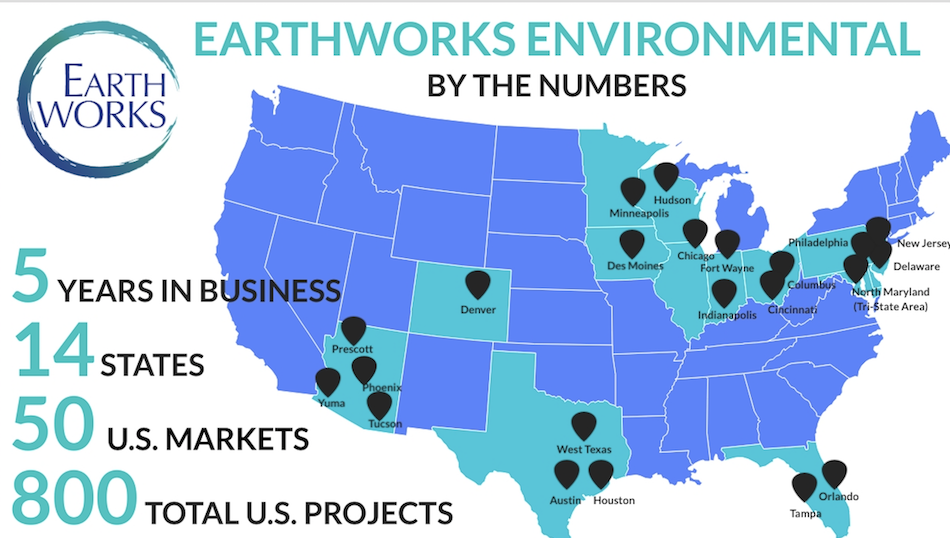 As the woman- and minority-owned environmental consulting firm celebrates its fifth anniversary, the Mesa-based company now boasts 36 employees and almost 800 projects across the country.

“While our 5-year celebration is local, I’m extremely proud of my staff for the expansion we’ve made across the country,” said Koester, who holds the title of CEO.  “The culture we have created here strives for excellence.

“Last year I said I was prepared to go the distance with this team of elite professionals. I also said I have no plans of slowing down. Earthworks has achieved that goal and more,” she said.

Koester said the firm is consulting on nearly 800 permits nationally. Recently she hired two additional employees in the Arizona office. Founded in 2014, Earthworks Environmental expanded its operations to Florida and added two employees at its Arizona office in late 2016.

“My motto is, ‘I don’t demand perfection but I do expect excellence,’” Koester said. “At Earthworks, we pride ourselves on being the leader in the industry for technology and customer service. We look forward to the next 5 years.”