In the business of getting the bugs out, CimeX Control Pest Management has grown quickly, organically as it celebrates its 5th anniversary 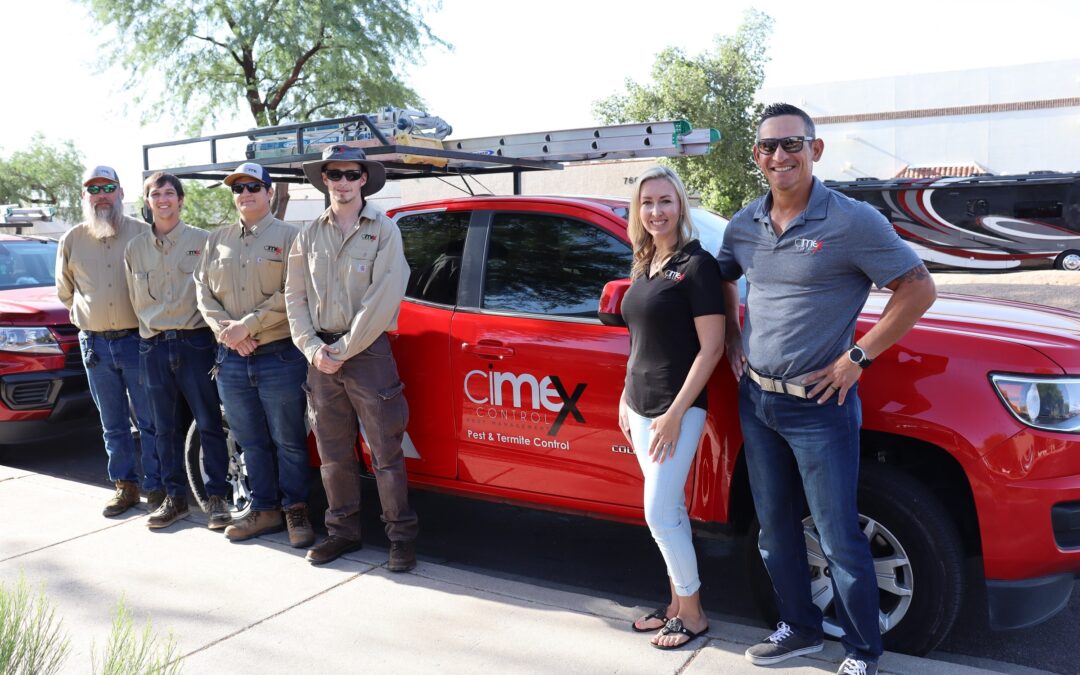 SCOTTSDALE, ARIZ. (May 10, 2022) ‒ After eight years working for a commercial landscaping company in the Valley, Fernando Torres found himself at a career crossroads – remain in a successful and lucrative position or take a leap of faith and go into business for himself.

His “aha moment” occurred in a most unconventional place – the bathroom at his Scottsdale home. Torres, President of CimeX Control Pest Management, explains the moment.

“My former employer had a niche pest control component,” he said. “I helped them out, so I had to be licensed. I kept the license for three years. Then one day I’m taking a shower, trying to figure out my next career move. What do I see but a cockroach? For some reason, it hit me, ‘pest control.’ I told my wife. She said ‘I think that’s what you need to do.’ I was scared to start my own business. But then she told me, ‘We’re doing it.’”

CimeX Control Pest Management is celebrating its 5-year anniversary. It has moved into a larger space and has added new employees. More importantly, it has sparked a true entrepreneurial fire in Torres.

“Our growth has been organic,” Torres, 47, said proudly from his company office at 7652 E. Greenway Road, in Scottsdale. “I had some connections from my old job. I’m not a corporate kind of guy, so it was mainly by word of mouth that I let people know I was in business for myself.

“I would talk to commercial building managers and take them to lunch. ‘Just give me one building,’ I would tell them, and I will show you. I don’t have a sales pitch. I educate. Here’s how I can help you. Then it began to snowball,” he said.

Torres and his wife and co-founder, Ann Torres, launched CimeX in July 2017 when the LLC went live. Torres, working out of his home, bought a new truck and a backpack and took his first job on September 5. “It was just me and the truck,” he said.

The company did about $25,000 in revenue for the last four months of the year.

“A lot of friends were giving me business,” he said. “The fact that we actually launched the company was really cool.”

By 2018 CimeX was experiencing rapid growth. By the summer he couldn’t sustain it by himself. The money was rolling in but he didn’t have a life.

He hired his first employee. He was now working out of a storage bin. Revenue increased to $225,000 in his first year.

Company growth continued in 2019 with the addition a second employee and a move to an even bigger storage bin. The company had two trucks on the road. More important, Torres was now able to run the company, although he did continue to service some clients. The year ended with revenue surpassing $450,000.

Another employee joined the company in 2020 when revenue reached $700,000. Clients now included industry heavyweights Amazon, Cushman & Wakefield, CBRE, Prologis, Lincoln Property Company, and others. In 2021 Torres hired another employee and added an office manager, who worked from home. Revenue ballooned to $840,000.

“At this point, we really started to grow quickly,” he said. “People were now promoting the company; we also picked up some condominium projects providing termite control services.”

Torres sits confidently behind his desk at the company’s new location, tucked away among an array of businesses in the shadow of Scottsdale Airpark. He employs four full-time techs, and the office manager now actually sits in the office.

What’s next for Ann and Fernando Torres and CimeX?

“We are on track to realize $1.1 million in revenue this year,” he said. “It’s going to be exciting to use have those seven figures in our books. The next 5 years? I don’t want to grow too big. I want to create a business that treats employees the way I always wanted to be treated when I was one.”

CimeX has already branched out with work in Casa Grande and Maricopa. Torres said he is eyeing the Tucson market since many of his Valley clients have property there as well. His plan is to buy a small pest control company with a name and presence in Tucson and rebrand it. In the next three years, he would also like to buy his own commercial building and lease out the extra space.

Torres recently joined the industry group IREM Greater Phoenix. He wants to make sure CimeX gives back to the community and participated in the annual Brokers for Kids fund-raising event in Scottsdale.

The name of the company? Cimex is a genus of insects that includes bed bugs. Torres said his wife had one request when they were selecting a graphic artist to design a logo.

“Ann said she didn’t want a bug on the company logo,” she said with a laugh. 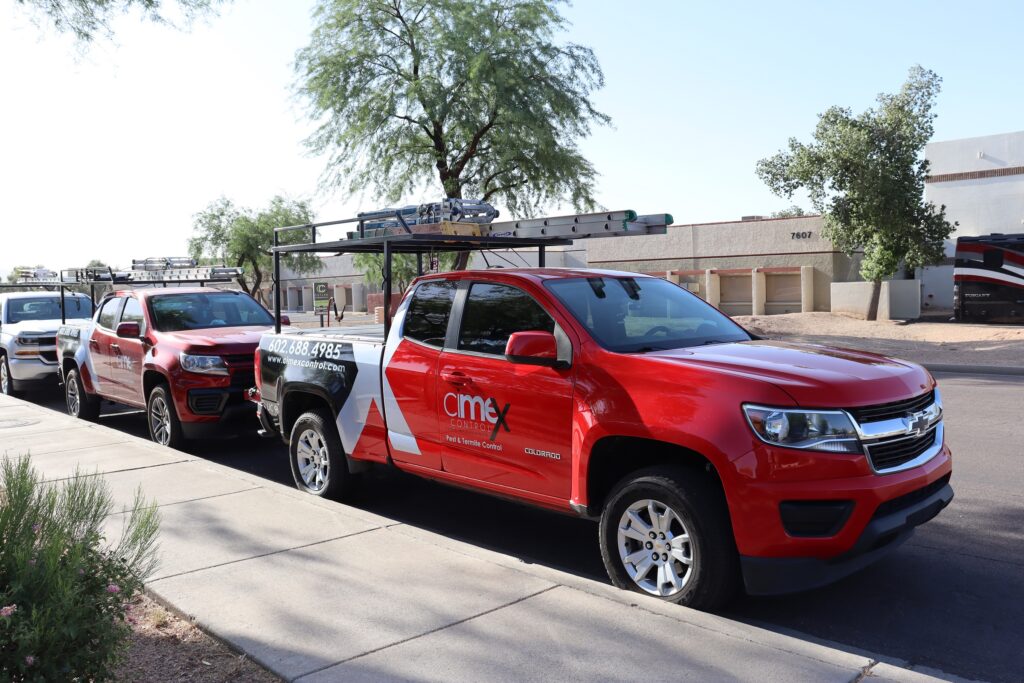