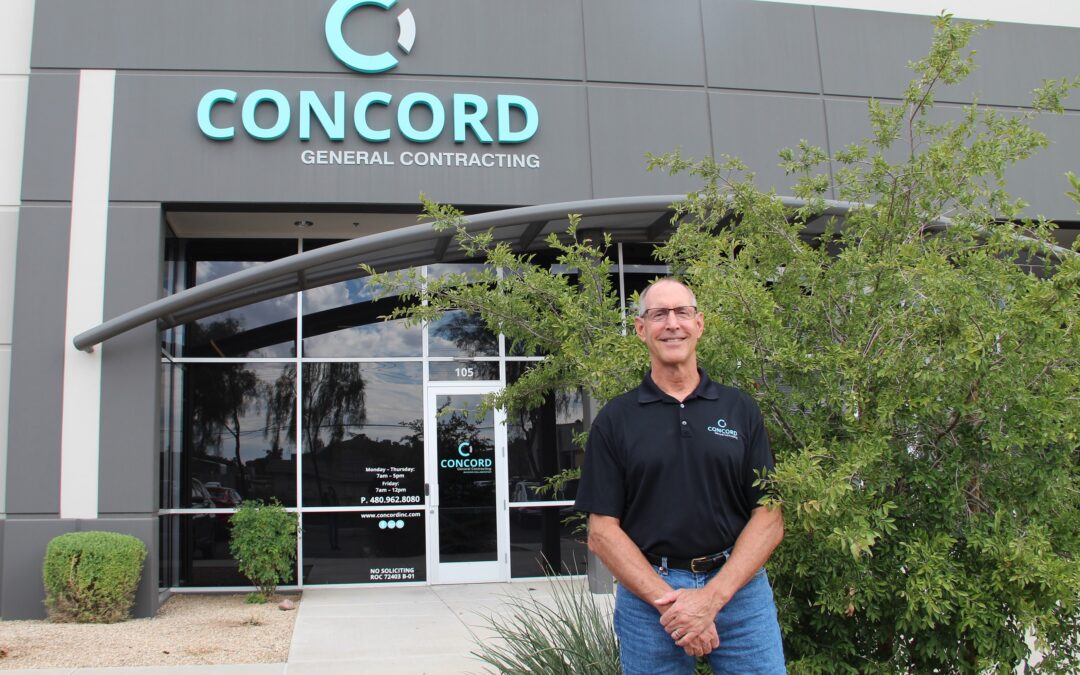 Dale Marr has been in the construction industry for 40 years, 28 at Concord General Contracting in Mesa. (Photo by Payton Major)

MESA, ARIZONA (October 12, 2021) – Leadership is the legacy that defines Dale Marr, who in 2021 is celebrating 40 years in the construction industry, 28 of those helping guide the growth of Concord General Contacting, Inc.

“Being a part of the second generation of leadership at Concord has been a great privilege and wonderful experience. Jim and Gary Jackson founded this company on the principles of integrity and relationships. I have been honored to have the opportunity to continue growing Concord based on these guiding principles,” said Marr, a shareholder with the general contracting firm, which celebrates its 50th anniversary next year.

Marr, who will officially retire in 2022, has also been instrumental in building the foundation for the new leadership team. The transition began in 2018 when Marr handed the CEO reins to Grenee Martacho and named third-generation leaders including COO Jason Beaver and President JV Nyman.

“Concord was a smaller company when I started in 1993. Most of our work at the time was procured through the low bid system. I was hired as a project manager, and we had just opened the Tucson office, so we were poised for growth.”

In 2001, Arizona’s approval of alternate delivery methods played a key role in facilitating the next phase of growth, Marr said. This included design-build, construction manager at risk, and job order contracting. It allowed public owners to select and negotiate with construction firms based on qualifications, not just low bid.

“This necessitated creating a marketing and business development department, which became instrumental in obtaining work. I was able to help lead this process in the 2000s and help the company grow,” he said.

“Working with churches is one of the areas I am particularly passionate about,” Marr said. “We enjoy walking with them through the building process. To watch church members enter a new facility for which they made personal financial sacrifices is something to behold. It gives real purpose to why we do what we do.”

Since becoming a partner in 2002, Marr was instrumental in bringing to reality the transition of Concord to an ESOP (employee stock ownership plan).

“Years ago, I, along with my partners, had the vision to transition Concord to an ESOP. This became a reality just last year, but already it has had very positive effects on our company culture. This will make Concord an even more desirable firm to belong to for years to come,” Marr said.

During his career at Concord, Marr said there is one thing that hasn’t changed – the company takes pride in taking that extra step and always caring about the project, and caring about its employees.

“People don’t care how much you know until they know how much you care,” Marr said. “I take that to heart with clients and our people. That’s who I am. That’s how I am wired. We don’t get every project, but we get the ones we want.”

A native of Peoria, Illinois, Marr attended the U.S. Air Force Academy in Colorado Springs, Colo., and earned a bachelor’s degree in civil engineering from the University of Arizona. He also played football at the academy.

“I’m most proud of helping develop our people over the years and influencing the culture of Concord,” Marr said. “To the best of our ability, we’ve tried to hire people with solid character traits, knowing that, along the way, we will teach the technical skills and the unique Concord style that sets us apart from other companies.

“We want to be known not only as a great general contractor to work for, but also a place where a person can thrive and achieve their professional goals beyond just earning a paycheck.” 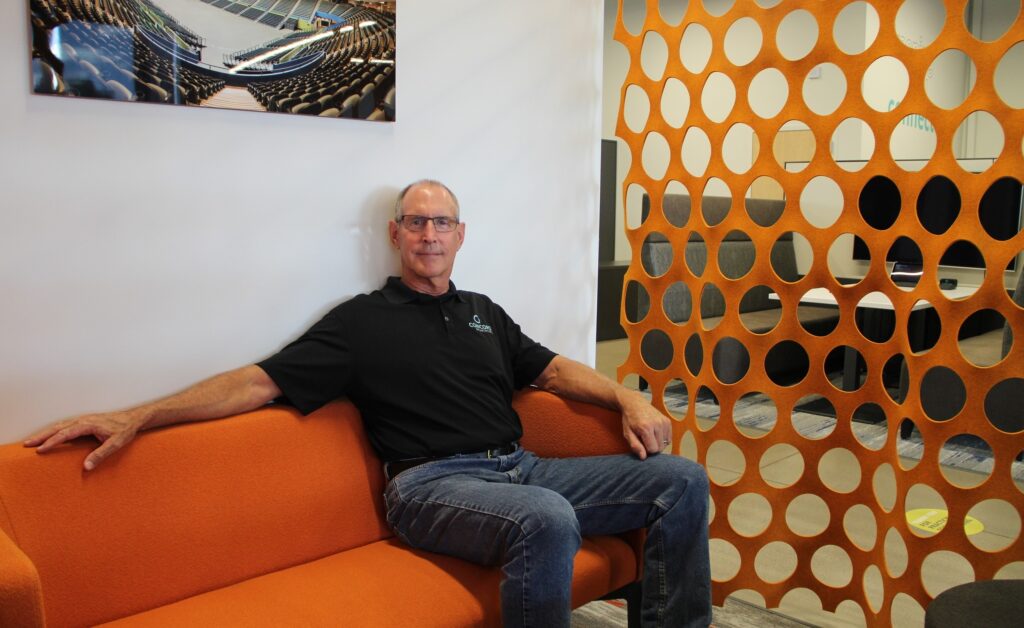