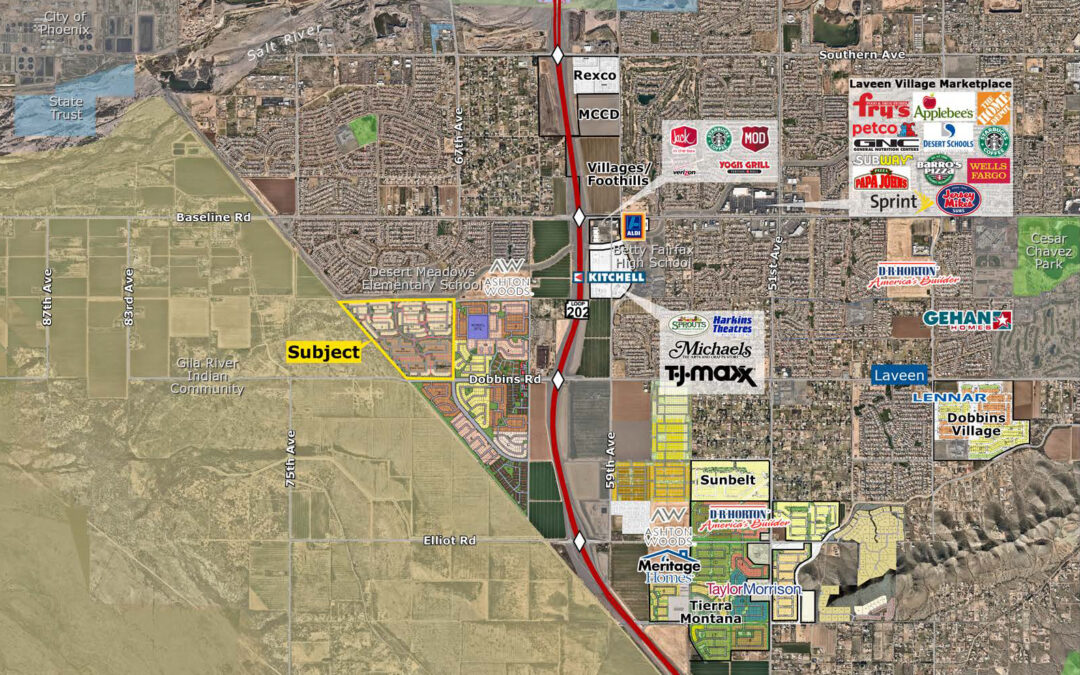 SCOTTSDALE, ARIZONA (August 6, 2020) – Land Advisors Organization’s Metro Phoenix office is pleased to announce that its Homebuilder Team closed the first phase of McClellan Ranch, a 611-lot master-planned community located in the Southwest Valley at the NWC of 67th Avenue and Dobbins Road in Phoenix.

The development, part of a two-phase takedown, was purchased by Pulte Homes and Meritage Homes. The first phase consisting of 260 lots sold for $9.4 million.

“We are excited to see Pulte and Meritage as a part of the blossoming Laveen submarket along the Loop 202,” said Bret Rinehart of Land Advisors Organization’s Phoenix Homebuilder team. “The McClellan Ranch community is ideally located along this emerging corridor and this gated community will be a great addition to the area.”

Rinehart, Ryan Semro, and Ben Heglie, who specialize in homebuilder developments and master-planned communities throughout Arizona for Land Advisors Organization’s Metropolitan Phoenix office, represented the seller, Metropolitan Land Co in the transaction. The firm continues to advise clients on this product type and is working on several similar projects in the area.

McClellan Ranch is situated in the Southwest Valley with easy commuter access to Downtown Phoenix and other neighboring cities via the Loop 202. The community will offer residents convenient access to many shops, restaurants, and the abundant lifestyle amenities in the Laveen area.  Nearby schools include Betty Fairfax High School and directly north of the site is Desert Meadows Elementary School.