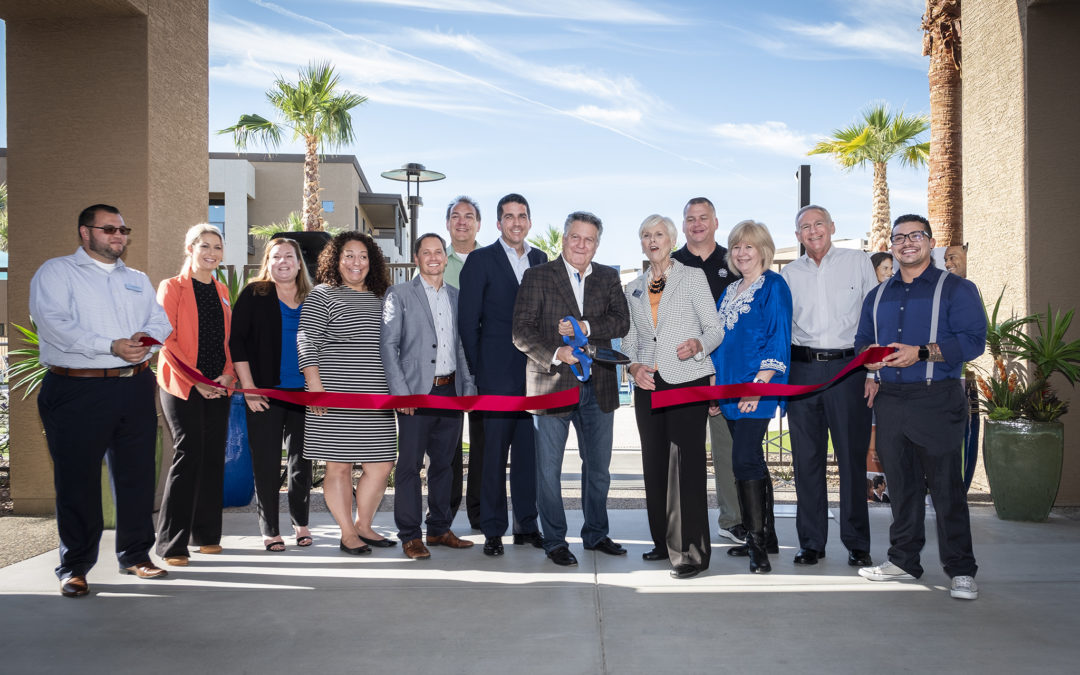 Local dignitaries and project team members were on hand for the ribbon-cutting ceremony at Liv North Valley, located at 31113 N. North Valley Parkway and the extension of the Loop 303 freeway in Phoenix.  Liv Goodyear, located at 15361 W. Virginia Ave., near Pebble Creek Parkway, had its ribbon cutting the next day.

Representing a capital investment of more than $100 million, the pair is the seventh and eighth Liv communities completed in Arizona and Michigan. Six of those communities are in Arizona, three of which are in partnership with Rockefeller Group.

“The Liv brand has been enthusiastically welcomed into the markets where we have built,” said Heidi Arave, Vice President, Liv Multifamily. “The first Liv community, Liv Avenida, was introduced to the Valley in Chandler in 2012 and right away we demonstrated that we deliver on our promise to help people Liv fuller lives.

“Awareness of our brand has grown quickly and we are proud of the reputation we’ve earned. As for our newest developments, we are very happy with the feedback on both communities from our customers and new residents,” Arave said.

According to CoStar, the North Phoenix and West Valley submarkets are a major draw for renters because of the many nearby jobs and they remain relatively affordable. Arave said the demographics of Liv residents range from Millennials to retirees. Luke Air Force Base also provides a strong base of residents at Liv Goodyear, she said.

“Liv Goodyear has really been welcomed to the West Valley,” Wessels said. “They are grateful for a Class A community with 24-hour amenities. The servicemen and servicewomen at Luke like the flexibility. It has also helped support the existing retail businesses located nearby. The more residents, the more need for goods and services.”

“It takes a great team to take projects like these from vision to reality,” said Daniel Moore, President and CEO of Rockefeller Group. “We’re proud to be partners with the team at Liv in the development of these communities.”

The pool area at Liv Goodyear. (Photo by Carl Schultz).