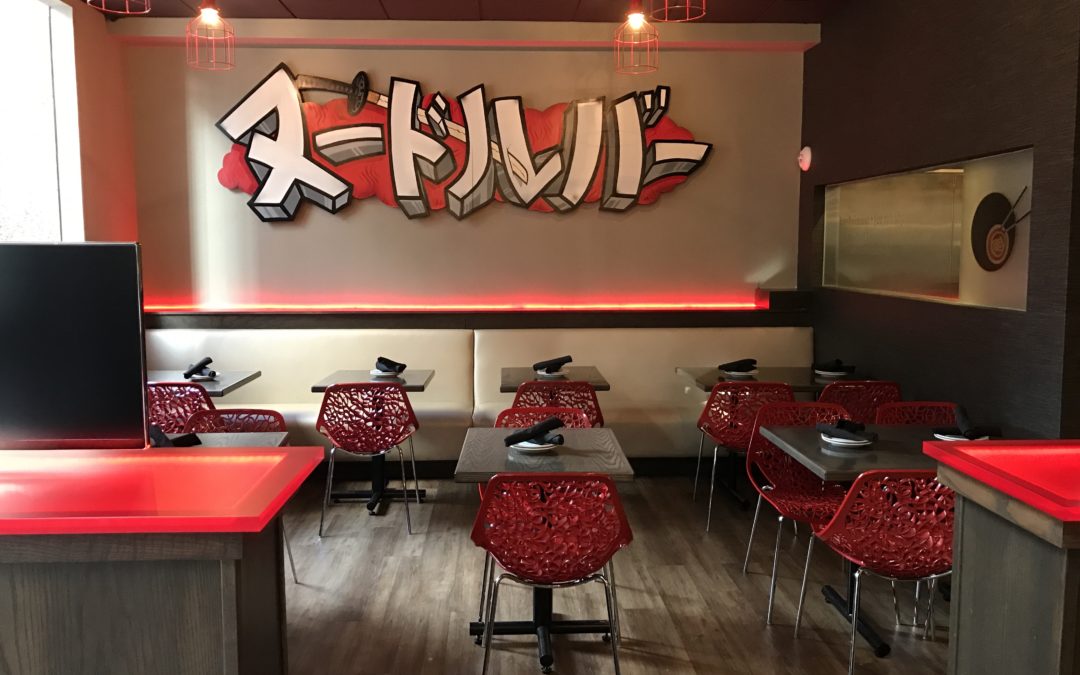 Interior of the noodle bar.

“With urban centers becoming part of the live, work, play trend, Downtown Phoenix is right in the mix,” said Principal Beth Katz. “Restaurants are a playing a big part in creating the new culture of downtown. KatzDesignGroup worked with these three unique restaurants all within three blocks of each other creating custom-branded spaces.”

>> Yogi’s Grill, CityScape, 1 E. Washington St., 1,200 square feet: Phoenix-based KatzDesignGroup designed the first of the newly branded Yogi’s Grill – Teriyaki & Roll fast casual restaurants, this one at CityScape. The 12th of the franchise brings in a newly branded interior with a variety of unique materials.

The counter has a combination of granite and “burnt” wood. Millworker URI Construction repurposed pieces of salvaged wood for several weeks to create the mixed wood panels in the 250 SF dining area. The next location at Rivulon in Gilbert is scheduled to open in February. 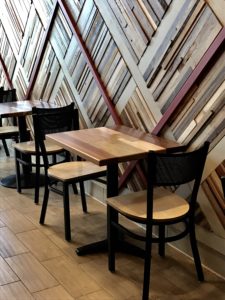 “During demolition, we found plumbing running through a wall we were planning on removing,” Katz said. “Our contractor (One Way Construction) had to modify the front counter within hours to keep the project on track.”

The restaurant features a custom map of the town in Northern Italy where the Mancuso family lived as a backdrop for the new host area. Mancuso’s can accommodate large parties in Downtown Phoenix.

“The space is in a historic building with an HOA,” Katz said. “Utilities were difficult to access as the space was not built for a restaurant space.”