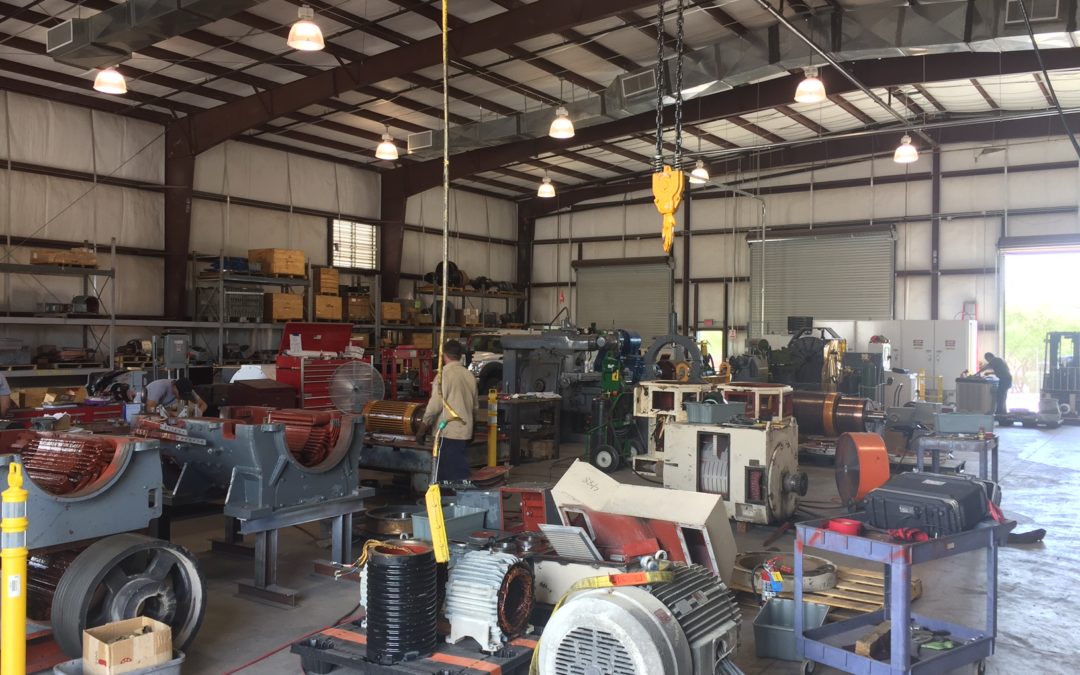 Work being performed inside the existing building of FLANDERS, Inc. in Tucson.

TUCSON, ARIZONA (August 29, 2017) – FLANDERS, an Indiana-based manufacturer of heavy industry electric motors and generators, is breaking ground on a 6,750-square-foot administrative and warehouse building, adding to its footprint at 5785 S. Belvedere Ave., in Tucson.

David Blanchette, CCIM, of the Tucson office of NAI Horizon, has been retained to provide brokerage services.

FLANDERS currently operates a 10,000 SF repair facility off of Interstate 10. The addition is the second phase of an expansion that will include another 10,000 SF building.

The new building will include 4,500 SF of warehouse space and 2,250 SF of office space that will allow for expansion of shop capabilities in the existing building.

Improvements include paving, a concrete slab for the third phase, and the extension of a Southwest Gas line to the property. Estimated construction cost of the building and improvements is $750,000. Completion date is August or September of 2018.

“FLANDERS is a great example of Tucson’s growing Industrial base that services the mining industry,” Blanchette said. “This addition is a win-win for both the tenant and the landlord who believe in FLANDERS’ success and its commitment to Tucson as its Southwestern base.”

Other team members on the project include Greg Carlson Engineering and Jim Watson Architects.

Headquartered in Evansville, Indiana, FLANDERS is a privately owned and operated company specializing in the innovative design, manufacturing, and service of the motors, generators, controls, drives, and automation systems used in heavy industry equipment.