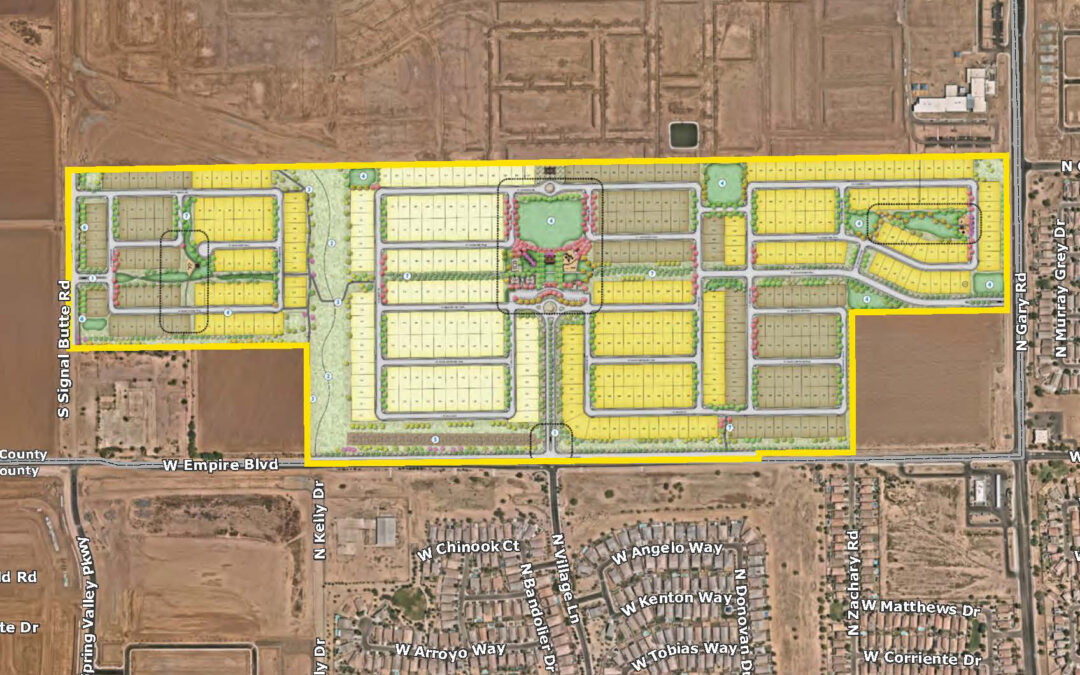 Land Advisors Organization’s Metro Phoenix homebuilding team facilitated the first of a two-phase deal for 165-acres that will bring more than 530 new single-family home lots to the area.

Scottsdale, Ariz. (July 7, 2021) – Land Advisors Organization’s Metro Phoenix Homebuilding Team is pleased to announce the closing of 85-acres in Queen Creek, Arizona, to Mattamy Homes. The $15.5 million deal is the first of a two-phase transaction that will include a total of 165 acres and will deliver 533 new home lots to the national builder.

“We are excited for Mattamy Homes and grateful for the opportunity to help them expand their presence in the highly coveted and successful Queen Creek submarket,” said Bret Rinehart, advisor with the Homebuilding Team at Land Advisors Organization.

“The expanding employment corridors, located off the Loop 202 in the East Valley, are continuing to drive demand for housing in the area. We are proud to be part of the successful growth of Mattamy Homes and the East Valley,” Rinehart said.