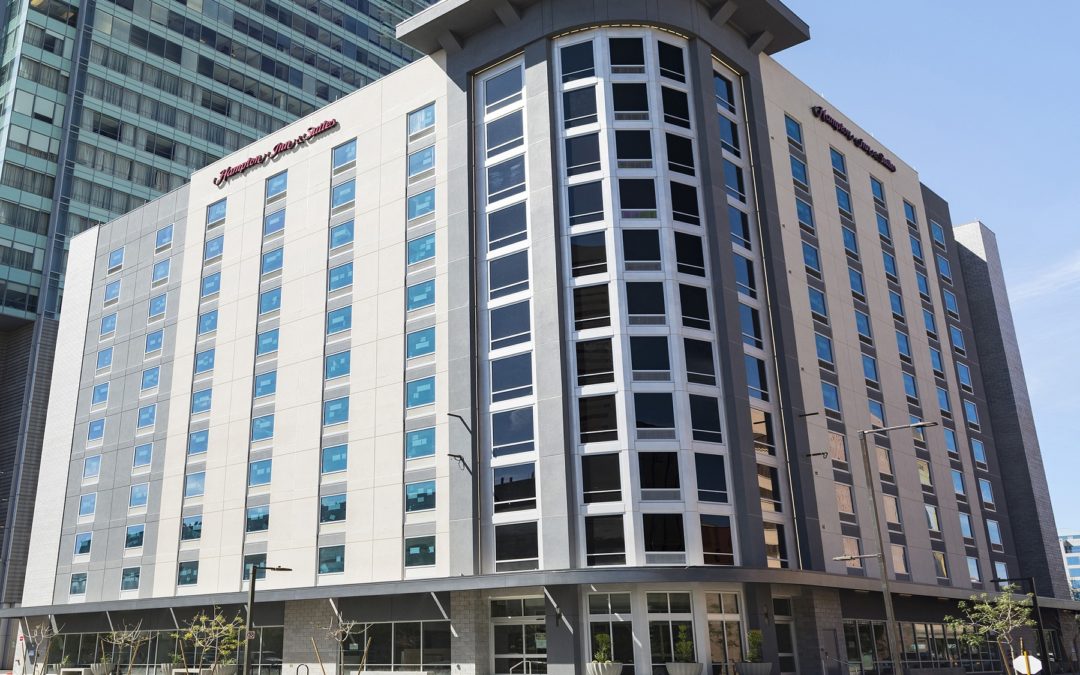 Mortenson also announced it has sold the new property located at N. 1st Street and E. Polk Street to Apple Hospitality REIT. The purchase price of approximately $44 million translates to $210,000 per key. The hotel will be managed by North Central Group, a leading hotel management company.

The new Hampton Inn & Suites Downtown Phoenix is adjacent to the Arizona State University Downtown Campus and is within walking distance of the Phoenix Convention Center. Asset highlights:

The hospitality market in Phoenix continues to strengthen with the growing demand in the area. The hotel is Mortenson’s first development project in downtown Phoenix, as well as Hilton’s first Hampton Inn & Suites downtown.

“Located in the heart of downtown, the new hotel will cater to a segment of traveler looking for an affordable, yet upscale experience proximate to a variety of entertainment and cultural attractions,” Gundrum said.

The hotel has a character that is uniquely Arizonan. The interior design highlights local artwork, as well as a lounge and gathering area inviting business and leisure travelers alike to enjoy the downtown atmosphere. It also features a business center, meeting space, fitness center and area for complimentary breakfast.

“This project is a great addition to our growing portfolio of work in the Valley and across the state,” said George Forristall, Director of Real Estate Development at Mortenson. “We have enjoyed the collaboration with the entire project team in helping this Hampton Inn & Suites reflect the unique downtown Phoenix vibe.”

Mortenson is a leading national hospitality and real estate developer. The company’s current and recent hospitality development projects include two AC Hotels by Marriott in Minneapolis and Portland, Ore.; a Home2 Suites by Hilton in Chicago; a JW Marriott and a Radisson Blu at Mall of America, Bloomington, Minn.; a Hyatt Centric in Portland, Ore.; the Hyatt Regency at the Oregon Convention Center in Portland; expansion of the Hotel Commonwealth, Boston; and the Marriott HARBORCENTER, Buffalo, N.Y.