PHOENIX, ARIZONA (June 15, 2017) – NAI Horizon is pleased to announce that Matt Harper, CCIM, has joined the company as an Associate in the Retail Properties Group.

Harper’s primary areas of focus will be retail leasing and sales. He will continue working with his existing clients, representing both landlords and tenants. With its global platform, NAI gives Harper the ability to help his clients with needs both inside and outside Metro Phoenix. 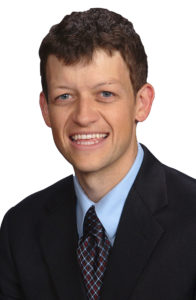 “I am very excited about adding Matt to our team”, said Terry Martin-Denning, President and CEO of NAI Horizon. “His work ethic, energy, and client-focused, collaborative nature are a perfect fit for our firm.”

Harper holds the prestigious designation of Certified Commercial Investment Member (CCIM). He is a member of the National Association of Realtors and earned his Arizona State Real Estate license in 2007.

A native of Flagstaff, Ariz., Harper is a graduate of Northern Arizona University. He earned both a bachelor’s degree (criminal justice and sociology) and a master’s degree (school counseling). Harper spent time overseas working for the U.S. Department of Defense as a school guidance counselor in Japan and South Korea.

Harper was a hockey player and has been officiating the sport for more than 15 years. He is a member of USA Hockey.