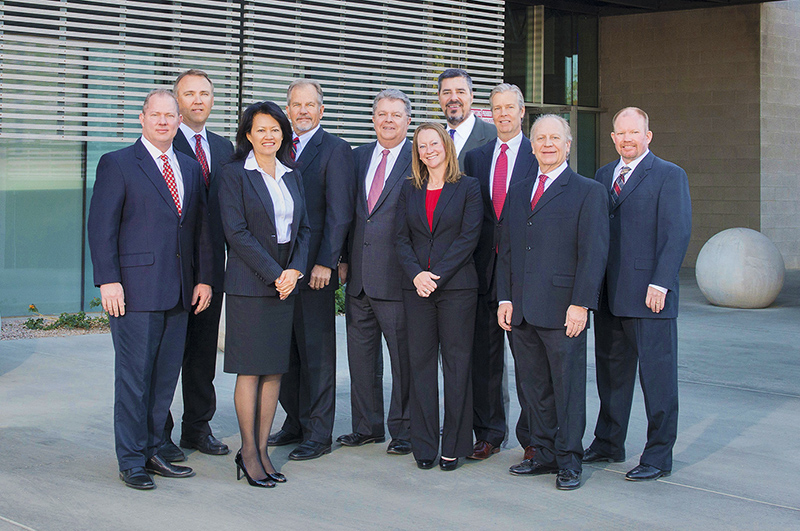 PHOENIX, ARIZONA (March 5, 2018) – NAI Horizon celebrated its 25th anniversary in 2017. It also celebrated its best year since the end of the Great Recession, buoyed by a diverse group of brokers whose transactions totaled more than $320 million.

The broad range of specialties represented in NAI Horizon’s Top Producers of 2017 is a testament to the collective success of professionals from industrial, retail, office, and investment sales. A healthy commercial real estate market allowed these agents to secure the best possible outcomes for their clients.

“We celebrated many successes in 2017, a strong year for NAI,” said CEO and President Terry Martin-Denning. “I’m proud of our achievements as a firm and the success of each of our agents. We are on track to make 2018 another banner year.”

NAI Horizon expanded its presence in the Valley with the addition of six agents. This included the hiring of industry veteran Don Morrow, who joined NAI Horizon as a Senior Vice President to bolster its investment sales division.

NAI Horizon’s broker ownership platform allows agents an opportunity to play a direct role in the company’s future. This creates a culture in which its agents can maximize their own business while benefiting from the resources of a global commercial real estate brokerage firm.