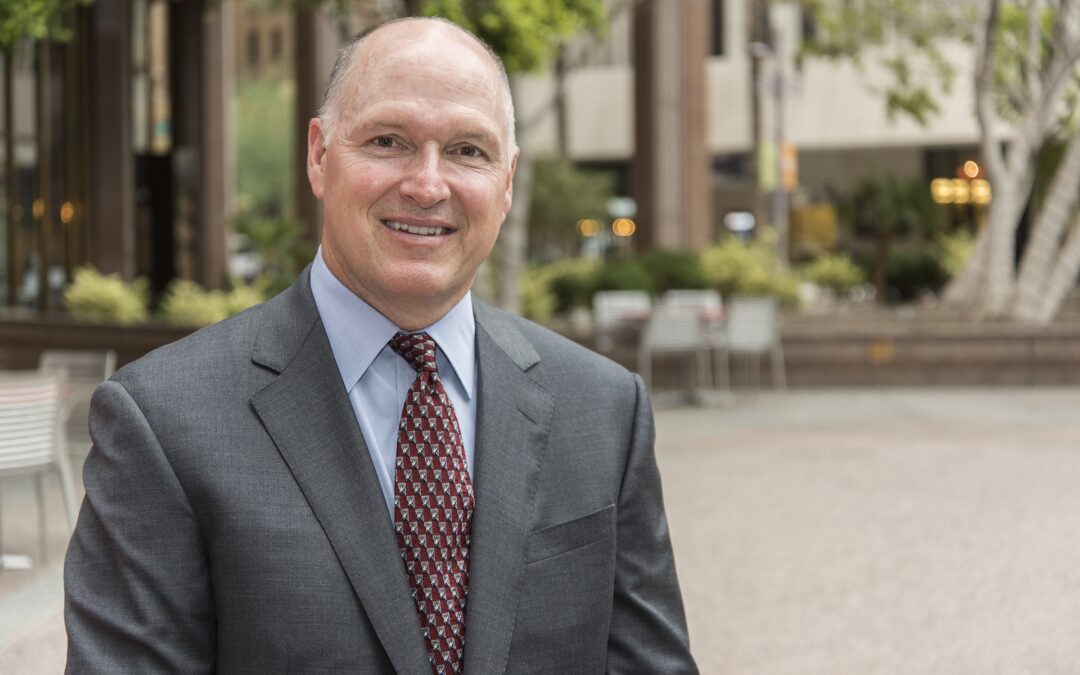 PHOENIX, ARIZ. (March 17, 2021) – R. Craig Coppola, the highest-producing broker in the 40+ year history of Lee & Associates and one of the Valley’s most visible and popular commercial real estate leaders, has been named NAIOP Arizona’s 2020 Award of Excellence recipient. He will be honored at the Best of NAIOP awards ceremony on Wednesday, May 12 at WestWorld of Scottsdale.

Coppola is one of eight Founding Principals of Lee & Associates Arizona. He holds the three most coveted designations in the industry: CCIM, CRE, and SIOR (one of 33 in the world to hold all three).  For more than 37 years, Coppola has specialized in the representation of landlords and tenants in the leasing and sale of office properties.

Coppola is a 24-time top producer at Lee & Associates, six-time NAIOP Office Broker of the Year, and a 25-time finalist for NAIOP Office Broker of the Year. He is also the author of five books including, How to Win in Commercial Real Estate Investing, The Art of Commercial Real Estate Leasing, The Fantastic Life and Chasing Excellence (co-written with Founder of Lee & Associates, Bill Lee).

The NAIOP Arizona Award of Excellence recognizes an individual who has made a significant, positive impact on the commercial real estate industry in Arizona over a period of at least 15 years, along with direct volunteer contributions to the chapter.

“I can’t think of anyone more deserving of this award than Craig,” said Danny Swancey of ViaWest Group, NAIOP Arizona 2021 Board Chairman. “His hallmark qualities of integrity, high-energy, discipline, and perseverance positively impact our organization and the entire commercial real estate community.  It’s a pleasure to honor someone who has consistently contributed on so many levels for over three decades.”

Coppola is well known in the Valley’s commercial real estate industry. Besides being a NAIOP Arizona member, he served on the Board of Directors for a decade including as a past Chairman where he was honored with NAIOP National Chapter President of the Year. Additional awards include NAIOP Transaction of the Year in 2010 and 2012; Who’s Who of the Decade, 2010 Arizona Business Journal; and the William J. Lee Lifetime Achievement Award, 2015.

“I am humbled and honored to be receiving such a distinguished award,” Coppola said. “The NAIOP organization has been near and dear to my heart for 30 years. To be in such esteemed company with the previous honorees is extremely gratifying given all the work I’ve put in over the course of my career.”

Coppola has completed more than 3,800 transactions totaling more than 15 MSF valued in excess of $4 billion. As the top Commercial Real Estate Advisor for Lee & Associates nationwide, Coppola has represented the interests of thousands of tenants, landlords, developers and investors in Metro Phoenix.