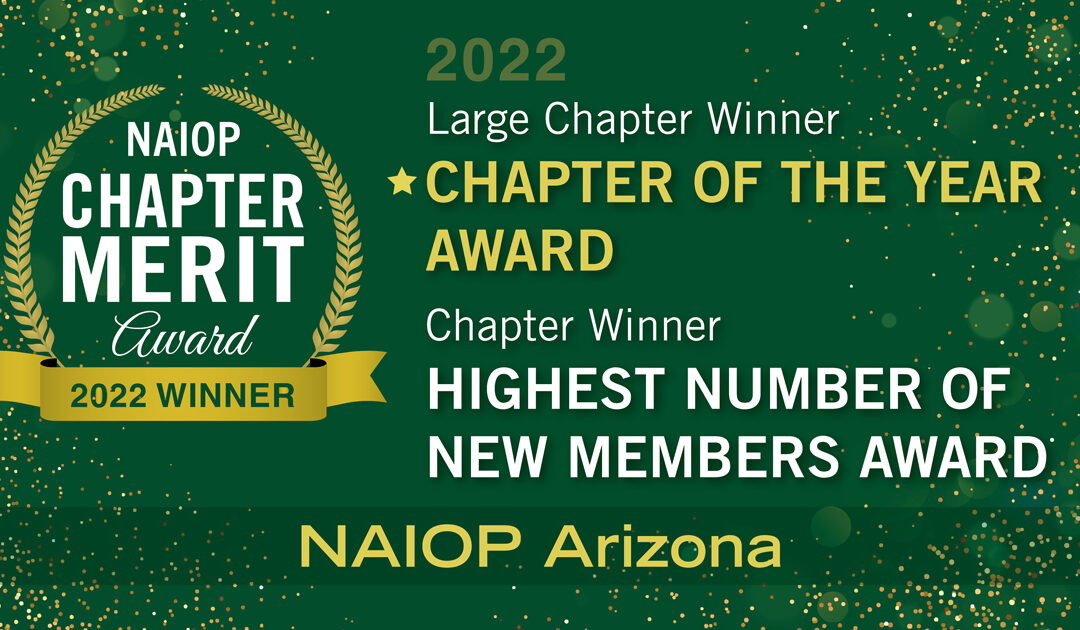 NAIOP Arizona also won an award for a record Highest Number of New Members among the 52 chapters across the U.S. and Canada. NAIOP Arizona added more than 270 new members in 2021, a 13 percent increase. This advanced the Arizona Chapter to being fifth largest, up from seventh place, in the entire North America network.

NAIOP’s corporate headquarters honored 14 chapters and nine individuals. The CMAs recognize success in education, special events, legislative advocacy, membership, diversity/equity/inclusion, and leadership, as well as individual recognition and Chapter of the Year. Recipients are selected by a committee of their peers comprised of volunteer judges in an extremely competitive process.

The Chapter of the Year Award honors chapters for overall excellence throughout the year, including involvement with NAIOP Corporate, chapter growth, community service, organizational management, and more.

“We are grateful to our many long-term and new members who are the backbone of this association. Their active involvement and tireless volunteer efforts have enabled us to perform at exceptional levels across events, mentorship, education, and legislative advocacy,” said NAIOP Arizona President and CEO Suzanne Kinney. “Additionally, I am thankful for the valuable contributions from our Vice President, Katrina DeBaker; Administrative & Financial Manager, Lutfiyah Kusy, and our entire Board of Directors.”

NAIOP Arizona has won a national award 15 out of the past 16 years. Besides being named Large Chapter of the Year several times, the chapter has also won the Chapter Merit Awards in recent years for Education, Membership, Communications, and Government/Legislative Affairs.

“This year’s winners – NAIOP Arizona (Large Chapter) and NAIOP Raleigh Durham (Medium Chapter) of the Year – have truly raised the bar, demonstrating an unyielding dedication to providing value for NAIOP members at every level,” according to a statement from NAIOP corporate.