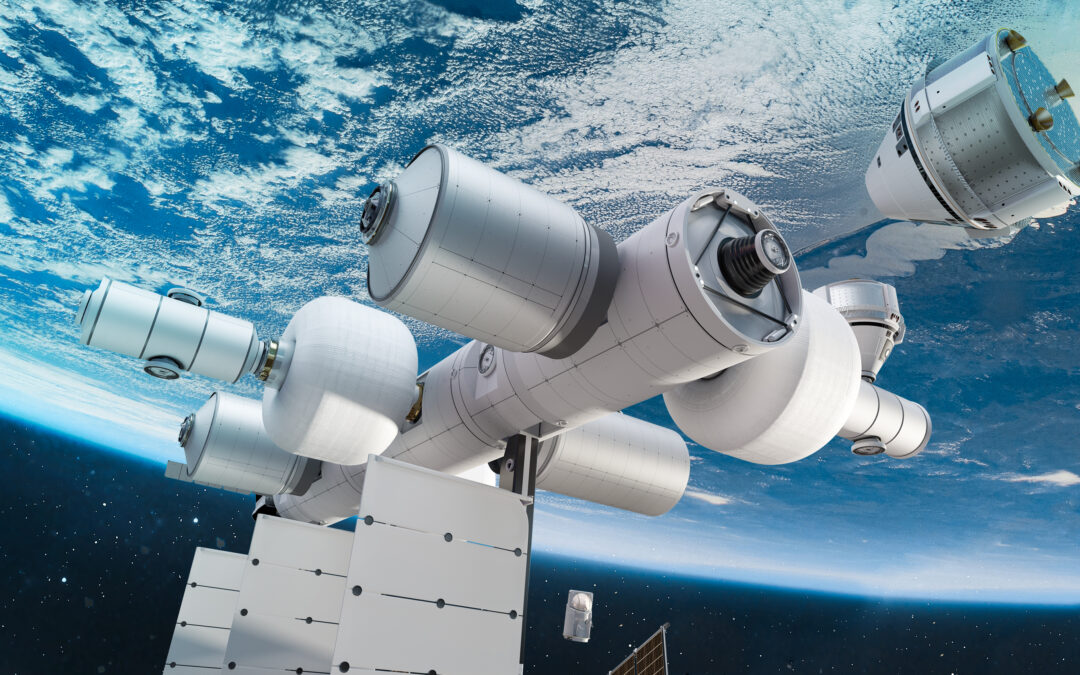 PHOENIX, ARIZ. (Sept. 28, 2022) – The opening line of a wildly popular TV show in the 70s proclaimed: “Space, the final frontier.” With living and conducting business in space a no-too-far-off reality, Blue Origin is leading the way and rewriting the line: “Space, the next frontier.”

Among her topics, Erlich will discuss the intersection between space and real estate. At the center will be Orbital Reef, a commercially developed, owned, and operated space station to be built in low Earth orbit. Led by principal partners Blue Origin and Sierra Space, Orbital Reef is a commercially developed, owned, and operated space station that will be operated as a mixed-use business park in space in the second half of this decade. Orbital Reef partners include Amazon, Boeing, Redwire Space, Genesis Engineering, and Arizona State University.

Will there ever be an intersection between space and real estate?

“Yes, it’s coming very soon. Blue Origin is working towards a vision of millions of people living and working in space to benefit Earth,” Erlich said. “To get to a point where we have millions of people regularly living and working in space, we need to not only build the infrastructure to support that, we also need to look at what has worked in the past and what is working now here on Earth.

“To do that, we are looking at the real estate industry for best practices and successful business models. One that comes to mind is mixed-use development. Designed to open multiple new markets in space, Orbital Reef will provide anyone with the opportunity to establish their own address in orbit. You will see modules dedicated to research, others dedicated to space tourists, and even new businesses will emerge with a permanent office in space. Working from home will have a whole new meaning soon.”

Erlich began her career at Phoenix Sky Harbor International Airport where she worked for 1½ years as a graduate airport management intern. She has since spent most of her career in the aerospace industry having led multiple $300 million-plus avionics and software businesses for Honeywell Aerospace, including several acquisitions.

Three years ago, she was offered a once-in-lifetime opportunity to pivot her career and join the space industry as the Director of NASA sales for orbital launch.

Erlich is focused on finding Blue Origin’s future astronauts and corporate partners and working towards her company’s mission of millions of people living and working in space for the benefit of Earth. She is based in Phoenix.

What was her reaction when she saw the images from the James Webb Space Telescope?

“I had two thoughts. One, how humbling, small, and insignificant we are in the universe. Two, we are not alone. One image solidified that and showed we 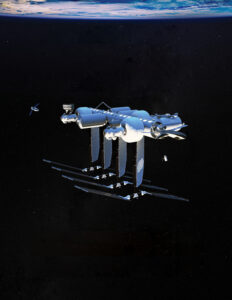 are not alone,” she said.

Erlich relishes everything associated with space and shared a light moment in a short Q&A.

Favorite quote about space? “We came all this way to explore the Moon, and the most important thing is that we discovered the Earth.” – Apollo 8 astronaut Bill Anders;

Coolest memento from outer space? A piece of Kapton foil from the Apollo 11 command module, Columbia, which flew to the moon in July 1969;

Have you ever been to space? “I have not, but I have gone through our astronaut training program. I get to send humans to space, usually people who have dreamed of going to space since they were kids. That’s what is so fun about this job—helping people fulfill their childhood dreams.”

Favorite space creature? Marvin the Martian from the Looney Tunes cartoons. His catchphrase was: “Where’s the kaboom? There was supposed to be an Earth-shattering kaboom!”

Favorite astronaut? “I can’t pick just one, but I’d have to say it was the entire crew of Apollo 8. It was one of the riskier missions. It was simply remarkable. It was the first crew that orbited the moon.”

If you could eat a hamburger from anywhere in space, from where would it be?

“I’d like to have it in the comfort of Orbital Reef. Probably in some type of habitat. Humans have to be inside a habitat, spacesuit, or on an Earth-like planet because you can’t (yet) eat in the vacuum of space. I’d like to be alive to enjoy that hamburger.”

AZCREW is the local affiliate of CREW Network. CREW Network is the premiere business network dedicated to transforming the commercial real estate industry by advancing women globally.  Membership offers unparalleled business development, leadership opportunities and networking both locally and globally with more than 12,000 professionals in 75+ markets worldwide, representing all disciplines of commercial real estate. Learn more and apply for membership at arizonacrew.org.