Revitalizing Arizona communities one opportunity zone investment at a time 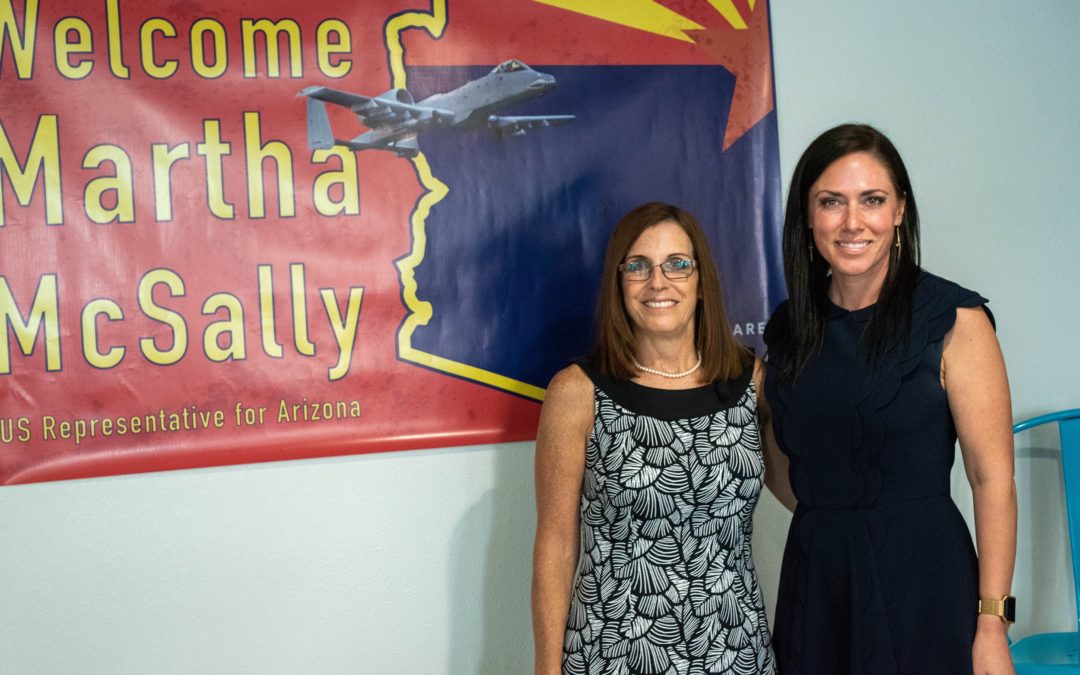 Caliber – The Wealth Development Co. gives U.S. Rep. Martha McSally         a first-hand look at how opportunity zones can be transformative

SCOTTSDALE, Ariz. (August 16, 2018) – With $5 trillion of investable capital sitting on the sideline and not being put into projects across the U.S., opportunity zones – created by the Tax Cuts and Jobs Act – are a way to take advantage of a tax reduction and invest in local communities.

Caliber – The Wealth Development Co., on Wednesday hosted a tour of the GC Square Apartments, 3535 W. Camelback Rd., an example of a project that can be developed in an opportunity zone.  The Scottsdale-based firm showcased GC Square as U.S. Rep. Martha McSally-Ariz., who is running for the U.S. Senate, was joined by Caliber President and COO/Co-Founder Jennifer Schrader.

“This is exactly the type of property we would transform,” Schrader said. “When opportunity zones were first announced, we saw it as a great way to invest. The old way, we were limited to the 1031 (Exchange) or in many cases business owners were not ready to sell because the tax consequences were too high. Now with Caliber’s Opportunity Zone Fund, it will provide us with another avenue to invest directly in the communities where it’s most needed.”

Arizona had 168 opportunity zones approved at the federal level, the most allowed by the law. Notable areas that were designated include much of downtown Phoenix, areas around Sky Harbor International Airport, Mesa, and Old Town Scottsdale. According to the law creating the opportunity zones, if investors keep their money in the fund for at least 10 years, there are no taxes on what was earned from the investment, only on the original capital gain used to invest in the fund.

“The last time the tax code was updated was 30 years ago; it’s not really been keeping up to what’s happening,” McSally said. “Now, there is really a change of the culture in Washington, D.C. With the Tax Cuts and Jobs Act, we wanted to unlock businesses like this. It now provides the opportunity to take resources and invest in the community. When it doesn’t make sense to sell, this is exactly what we intended it to do – unleash projects like this all over our state and all over our country.”

The opportunity zone program is awaiting final rules from the IRS. In Arizona, McSally said, all 15 counties will benefit from this new investment tool.

“This is really a big idea,” McSally said. “It will really help lower income communities, rural communities, and the reservations. There can be growth, and provide the opportunity for people to work safely, live safely, and go to school safely. This type of investment will attract new residents to move into a community. It will also help create jobs.”

The money must be invested within 180 days for it to be eligible. Investors can re-invest capital gains realized from a sale of property, stock or business to defer paying taxes. With a new fund to attract investors, Caliber will continue investing in the community with additional developments.

“There are two other complexes in this area, similar in size to this one, that are being renovated,” Schrader said. “Given the timing, one will be an opportunity zone property.”

In February, Caliber and project partner Habitat Metro purchased eight buildings on Main Street in downtown Mesa for $7.5 million. Plans call for investment and redevelopment for nearly 100,000 square feet of historic urban buildings that are important project components to the economic strengthening and transformation of downtown Mesa.

GC Square Apartments is not associated with GCU and is a separate entity.