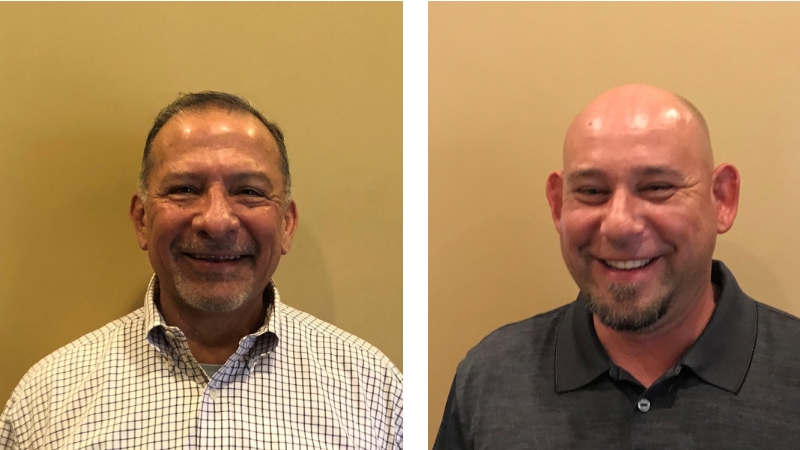 SCOTTSDALE, ARIZ. (November 7, 2019) – Sigma Contracting, Inc. has announced the hiring of two industry experts and the retirement of a construction veteran in the field of estimating.

Sigma has added Byron Bargas to the estimating department and Harrell Settle as project manager. Sigma also announced the retirement of Ken Horton, who wraps up a 31-year career with Sigma as a commercial estimator for the Scottsdale-based general contractor.

Bargas brings almost 30 years of diversified construction experience to Sigma and its clients. He possesses a strong engineering background and years of framing and project management experience as well as estimating.

Bargas is a board member of the Construction Specification Index where he works with the design community on updated specifications for new materials being incorporated into construction projects. He serves on the technical committee where he reviews white papers on various studies for new products. Byron is slated to become chapter president in 2021.

Bargas holds a degree in mathematics and physics and is currently working on his MBA in sustainability. He and his wife have four children, one grandson and are expecting a granddaughter.

“We are thrilled to bring Byron on board,” said Dan Hinkson, President of Sigma Contracting. “He will be working with our estimating team to prepare bids, proposals and conceptual budgets for our clientele and customers. From his past he brings additional subcontracting relationships to the current stable of companies with which Sigma works on an ongoing basis.”

In his role, Settle will work with Sigma’s operations team as well as its field superintendents processing the paper side of construction while solving issues and concerns. He brings 24 years of diverse experience to Sigma with a background in project management, estimating, field supervision, metal stud framing and drywall.

“Harrell brings additional stability to our operations team with his diversified background in construction with both field and office experience,” Hinkson said.

During his 31 years at Sigma, Horton was instrumental in the company’s growth and success. He worked closely with many of its largest repeat clientele, including many nationally based household names including such notable clients as Fry’s/Kroger, CVS/pharmacy, AutoZone and Mountainside Fitness.

“Ken has been an integral part of the Sigma family for many years and he will be missed,” Hinkson said. “As he rides off into the sunset on his Harley, we only have foud memories and best wishes for a happy retirement.”