Sports grill helps Chandler site get back in the game 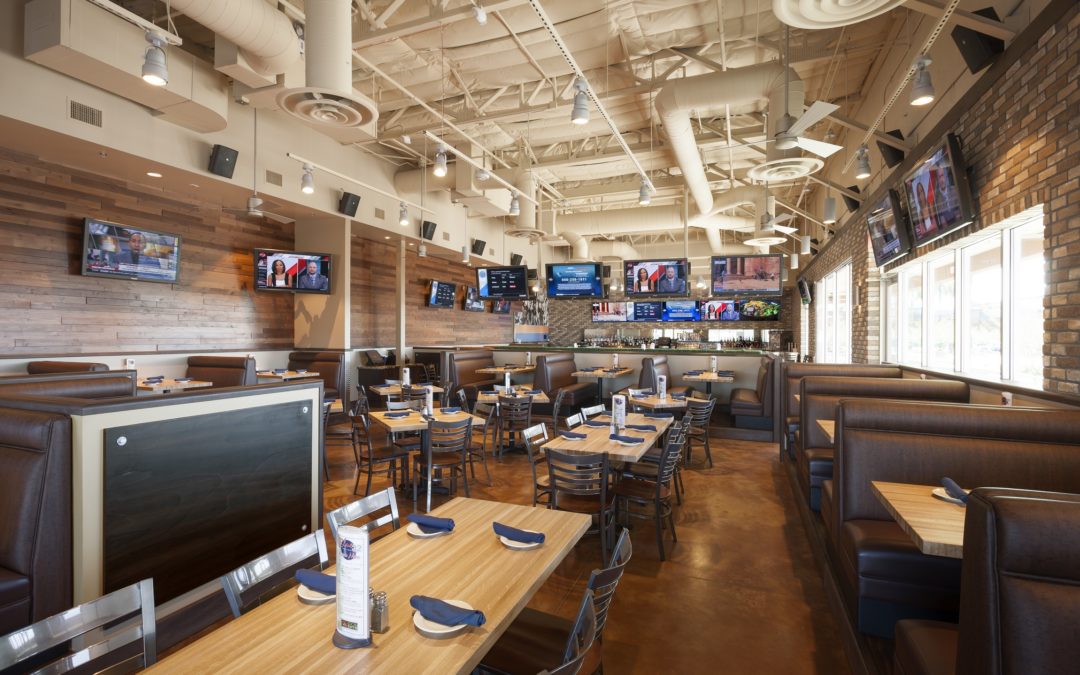 Interior of the new Blue 32 Sports Grill in Chandler.

Scottsdale, Az. (March 16, 2017) – The ownership team of Blue 32 Sports Grill continued its business plan of expansion by engaging a pair of locally owned companies to design and construct its fourth location, bringing life to a Southeast Valley corner that has been a blight for Chandler residents.

Scottsdale-based firms Sigma Contracting and DPA Architects collaborated on the 4,000 SF restaurant at the NEC of Arizona Avenue and Chandler Heights Road in Chandler.

Blue 32, which has been honored by CNN on its list of “101 of the best sports bars in the U.S.,” is also locally owned and operated. Construction cost for the Blue 32 tenant improvement project was approximately $700,000.

“It was a pleasure to negotiate this project with owners that not only know their product well but also understand the complexity of restaurant construction,” said Sigma President Dan Hinkson.

The new restaurant is one of the first few projects to be delivered to the 18-acre site. The project was started in 2007 and shut down in 2008 when the economic turndown hit the Valley. Due to exposure to the elements over the years, there was much-required remediation.

Sigma completed and turned over the infrastructure of the site, which also calls for a BASIS charter school, the first Arizona Alamo Drafthouse Theater, and other retail businesses.